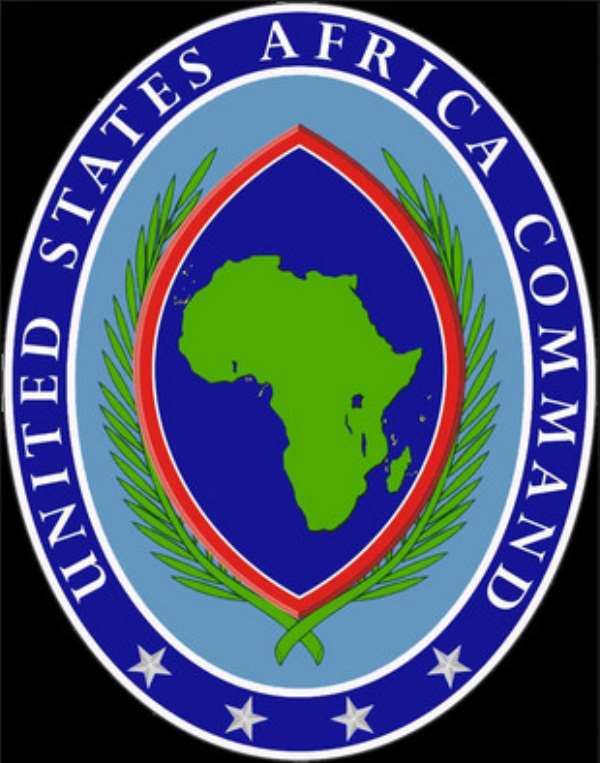 Reports indicate that the United States Africa Command (AFRICOM) is expanding its operations on the continent. A series of naval maneuvers and exercises are currently taking place in West Africa

AFRICOM was formed in 2008 by the George W. Bush administration and has been expanded and enhanced under Barack Obama. A series of navy operations known as Obangame Express is now in its fourth year with additional European, African and at least one South American state, Brazil, involved.

These operations are ostensibly designed to strengthen the security capacity of Africa states in West Africa. Over the last several years there have been numerous reports of “piracy” off the coast of West Africa where greater oil exports into the U.S. are endangered.

The official German news agency reported that “More than 30 warships from 20 countries are engaged in major maneuvers along the West African cost. In addition to 11 West African nations, France, Germany, Portugal, Spain and the Netherlands as well as Denmark, Turkey, Brazil and the United States have dispatched ships, making the training maneuver one of Africa's largest.” (DW, April 18)

This same article continued noting that “Of the non-African participants, Germany has dispatched the most vessels: one frigate, one corvette and two supply vessels with more than 400 military personnel. The ships and their crews are located outside the Nigerian port of Lagos where they are waiting for the sea phase of the military maneuver to begin on Saturday.” (DW, April 18)

Nigeria is the largest exporter of oil in Africa to the U.S. Intelligence and military ties between Washington and Abuja are growing while France and other European states work in partnership with the Pentagon.

Nigerian Oil and Internal Security
The government of Nigeria is currently battling an underground military and religious group known as Boko Haram which has carried out a series of brutal attacks in the north of the country, Africa's most populous. Over the last five years since the military and police assault on Boko Haram which killed its then leader, the group has claimed responsibility and been blamed for the kidnapping of civilians, the bombing of government buildings and churches.

During the week of April 14, two high-profile attacks were carried out. A bus stop in the political capital of Abuju was bombed resulted in the deaths of over 70 people. Later in the week, 129 school girls were kidnapped from a boarding school near the Sambisa forest in the north.

Although some of the girls have reportedly escaped from their abductors, many remain unaccounted for at the time of this writing. The parents of the children along with opposition politicians are blaming the government for not developing an adequate security apparatus to protect Nigerians from such attacks.

Immediately the regime of President Goodluck Jonathan blamed the Boko Haram group for the bomb attack and kidnappings. The U.S. has pledged to Nigeria to assist the country in its counter-insurgency operations against Boko Haram.

Even the German news agency reports that “It's also no coincidence that the Gulf of Guinea is the site of the exercise and that Nigeria, one of Africa's largest oil exporters, is heavily involved. The country, which is hosting this year's maneuver, is providing many military facilities and warships.” (DW, April 18)

Ground Troops Build-up in Horn of Africa
In Djibouti, which houses the only known permanent base of AFRICOM on the continent, is undergoing a $750 million upgrade. There are currently thousands of Pentagon troops stationed at Camp Lemonnier in the Horn of Africa nation.

In neighboring Somalia, and off its coast, U.S. imperialism supported by the EU is maintaining a 22,000 African Union Mission (AMISOM) inland. Offshore both U.S. and EU Naval Forces (EUFOR) have flotillas of warships in the Gulf of Aden under the guise of fighting “piracy” like in the Gulf of Guinea on the other side of the continent.

On the ground in Somalia, the Al-Shabaab Islamic resistance movement has been battling the U.S. and EU-backed forces of AMISOM for five years. Despite claims that the group has been forced out of the capital of Mogadishu, it is still capable of carrying out large-scale operations in the city where on April 21 a cabinet official was assassinated in a bomb attack.

According to Army Times, “Those threats in the region have helped transform the U.S. military's Camp Lemonnier along the East African coast of Djibouti from a ramshackle outpost of a few hundred troops a decade ago into a hub of operations for AFRICOM and home to several thousand U.S. troops. And beyond the gates of Lemonnier, 'throughout the rest of the area, there are small pockets of temporarily placed organizations and people,' says AFRICOM Commander Army General David Rodriguez said.” (April 16)

The presence of these Pentagon troops along with Central Intelligence Agency (CIA) operatives, are also utilized to pressurize other states in the region even those who are considered allies of Washington. In South Sudan, which has undergone internal conflict within the ruling Sudan People's Liberation Movement/Army (SPLM/A) party since Dec. 15, the White House has attempted to dictate the terms of the negotiations aimed at reaching a lasting peace accord.

Uganda, another close ally of Washington, has several thousand troops deployed in South Sudan assisting the Juba government in repressing and eradicating the oppositional threat from the followers of the ousted Vice President Reik Machar. President Salva Kiir has criticized both the U.S. and the United Nations mission in South Sudan for what he describes as the unwarranted interference in the country's internal affairs.

It was successive U.S. administrations which supported and encouraged the partitioning of the Republic of Sudan, formerly Africa's largest geographic nation-state. Nonetheless, the current fighting has brought the world's newest nation to the brink of collapse.

If South Sudan completely implodes politically, it will constitute a monumental failure in U.S. foreign policy towards Africa. Consequently, the Obama administration is quite concerned about developments inside the country.

South Sudan is also major producer of oil and U.S. petroleum interests want to further exploit the natural resources of the country.

With these interests involved from the Gulf of Guinea to the Gulf of Aden there will of course be additional deployments and aggressive military operations conducted on the continent.

Opposing the Shifting Focus of Washington's Militarist Policies in Africa

There are no consistent efforts on the part of the anti-war and anti-imperialist movements based in the West in regard to the Pentagon and CIA build-up in Africa. Although AFRICOM is running rampant throughout the region in the aftermath of the support for surrogate forces in the Horn of Africa and the destabilization, blanket bombing and overthrow of the Libyan government in 2011, most people are not aware of the long term dangers posed by the imperialist military forces.

This presence in Africa has not brought about stability but only more internal strife and economic exploitation. In Mali, where the U.S. had extensive influence in the military apparatus of the state, those same elements which were trained by the Pentagon staged a coup against the government in March 2012, resulting in the worsening of a northern insurgency and the intervention of French troops that remain in the country.

The United National Anti-War Coalition (UNAC) has issued statements in opposition to the war against Libya and the French intervention in Mali. At the Left Forum held at Pace University in June 2013, UNAC hosted a panel on “The War Against Africa” which enjoyed a standing-room-only audience.

Again this year at the Left Forum being held at John Jay University, UNAC will host another panel on the U.S. war drive looking at various geo-political regions including Ukraine as well as Africa. These efforts must be multiplied throughout the U.S. in order to provide the necessary political education needed to mount a struggle against imperialism in Africa and throughout the world.