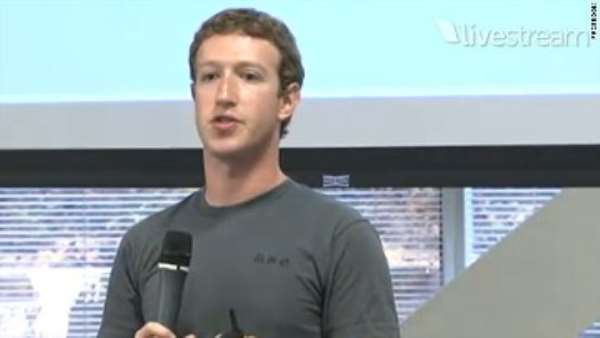 Problems caused by America's broken immigration system are causing misery to America's immigrant community (both legal residents and undocumented), and, for good measure, to the president, the GOP and American society. There may be only one person with both the intentionality and the resources to resolve America's immigration predicament: Mark Zuckerberg, founder and CEO of Facebook.

Why Zuckerberg? Zuckerberg has entered the ranks of leading philanthropists (and at a much earlier age than most). He has done so for the cause of humane immigration reform, calling it “one of the biggest civil rights issues of our time.”

Zuckerberg's generosity, however, is the least of his value to taking this issue forward. The greatest gift that Zuckerberg would bring, should he choose to do so, is his personal grasp of social networking. The only path forward is rooted in reweaving the social fabric beneath the political rift underlying comprehensive immigration reform.

Politics lags society. Zuckerberg alone has shown that he might have the insight to see, and the power to change at scale, the underlying problem.

The father of community organizing, Saul Alinsky, long ago, anticipated the pivotal role that someone like Zuckerberg could play. Let Them Call Me Rebel, the definitive biography of Alinsky by Sanford Horwitt, tells us that Alinsky once wrote to his friend Howard Shaw that “once people get to know each other as human beings rather than as impersonal symbols representing diverse philosophies and organizations, then a new set of relationships composed of genuine understanding and real sympathy will arise.” Herein lies the key.

Alinsky is a much misunderstood figure. He often is wrongly vilified by the right as a communist. Alinsky was thoroughly investigated by J. Edgar Hoover's FBI for alleged communist sympathies. He was fully exonerated. Alinsky is idolized by much of the left, yet often for the wrong reasons. Alinsky, for instance, hated Big Government and famously called LBJ's War on Poverty “political pornography.”

Alinsky, who had abundant street cred, wasn't sappy in his sentiments and was not offering a “kumbaya” solution. His “statement of purpose,” per Horwitt, was that “[C]ommunity solidarity does not rest completely upon any special benevolence on the part of the members …, but upon a clear recognition that to a large extent they either stand or fall together.”

As it happens, most Tea Partiers (of which this columnist is self-identified) and Latinos (with whom this columnist is in solidarity), both are, and know themselves to be, politically marginalized. Most Tea Partiers and Latinos are united by mainstream conservative values such as patriotism, faith, hard work, self-reliance, family, and what commonly are called traditional social values.

The commonalities — around a core of human dignity — are profound. The majority of Latinos in the United States are from Mexico. The iconic Mexican “Independence Day” is not Cinco De Mayo but the Grito De Dolores, the Mexican version of our Fourth of July.

The Grito is celebrated on its eve, the night of September 15. Hundreds of thousands, perhaps millions, of Mexicans — in Mexico and in their United States diaspora — spontaneously gather on that night to ring church bells and hear the words of their own Thomas Jefferson, Fr. Miguel Hidalgo. Father Hidalgo:

My children: a new dispensation comes to us today. Will you receive it? Will you free yourselves? Will you recover the lands stolen three hundred years ago from your forefathers by the hated Spaniards? We must act at once…. Will you defend your religion and your rights as true patriots? Long live our Lady of Guadalupe! Death to bad government!

“Will you defend your religion and your rights as true patriots?” “Death to bad government!” These are sentiments rooted in human dignity. So are the declarations in the Declaration of Independence. Such sentiments have the power to unite Tea Party patriots and Latinos, including non-Mexican Latinos who share the same sense of dignity.

The Latinos and the Tea Partiers simply do not know each other. Socially disconnected, we fail to recognize one another as kindred spirits. This lack of social connection leaves us unaware of the opportunity to make common cause. By making common cause both groups may gain power over an indifferent government. By uniting we can overcome our marginality through a “clear recognition that to a large extent” we “stand or fall together.”

Zuckerberg created and continues to provide visionary direction for Facebook, thereby changing… everything. Yet in politics his team is reproducing DOS.

It is unlike Mark Zuckerberg to pursue the conventional. Most of the legacy pro-immigration-reform groups are stuck in the rut of the old Washington ways. If Zuckerberg wishes to change the immigration policy game in Washington he will assert himself here as radically as he did, and does, with Facebook.

Zuckerberg — and probably he alone — has the vision to reshuffle the deck and change the nature of the game. His visionary qualities are precisely what most is needed to transform the very chemistry of the immigration debate.

Might he unleash his imagination? Zuckerberg, although new to the political game, knows better than anyone how to bring the power of social networking to bear. He has the resources to use social networking to reweave the torn social fabric. This would allow us to make real progress on immigration reform for the first time since Reagan.

In the words of Father Hidalgo:

My children: a new dispensation comes to us today. Will you receive it? Will you free yourselves? … We must act at once.

America remains stuck in finding a just way to provide a path to legal status and even earned citizenship. This predicament is rooted in the social separation between Latinos and Tea Partiers. Resolve that gratuitous separation and the path forward will become clear.

Nobody of substance understands social networking better than Mark Zuckerberg. If Zuckerberg decides to reweave the social fabric between conservatives and Latinos he will put American on the the road to solving “one of the biggest civil rights issues of our time.”