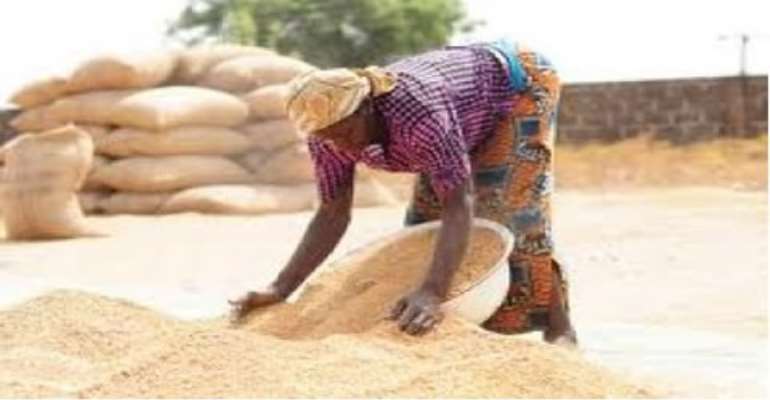 Mr Kofi Humado, Minister of Food and Agriculture has announced that government has allocated rice production targets to all regions in the country to become self-sufficient by 2017.

He said Ghana had already become self-sufficient in yam, cassava and maize production and a breakthrough in rice production would therefore make the country a leading food producer for both domestic consumption and export to neighbouring countries.

Mr Humado said this when he addressed the chiefs and people of the Likpe traditional area during their biennial Lekoryi festival celebration at Likpe- Mate in the Volta Region.

The festival, which was on the theme:"Self- Help in Infrastructure Development" is celebrated every two years to harness financial and economic resources to support the development projects in the area.

It was first celebrated in 1988 and had since brought together the sons and daughters of the area to make useful decisions towards the development of the traditional area.

The occasion also gave the citizens the opportunity to recollect their ancestral beliefs that they carried from the ancient Ghana Empire and later to Atebubu in the Brong Ahafo Region, from where they moved to their current settlements.

Mr Humado said the scaling up of rice production by 2017 was in response to President Mahama's call for the reduction in rice, sugar and oil importation in the coming years since the country had the comparative advantage in the production of the crop.

The Minister said government would for instance scale up support to farmers to increase brown rice production to serve as alternatives to consumers within and outside the country.

Mr Humado commended the chiefs and the planning committee members of the area for undertaking numerous development projects and gave the assurance that government would offer them all the necessary support to develop their area in the coming years.

He said they would also ensure that the schools get enough support and also extend electricity to schools not yet connected to the national grid, as well as provide a few desktop computers to the schools.

Professor Aboagye, who is also a lecturer at the University of Ghana Business School, said under the Likpe Education and Social Endowment Fund, they would provide scholarships to pupils who perform well at the Basic Education Certificate Examinations and gain admission to Senior High Schools in the 2014/15 academic year.

Nana Soglo Alloh IV, Otekple of Likpe Traditional area, said the standard of education in the traditional area had over the years taken a nose- dive and called on government and all the relevant organisations to support them to regain their academic standards.

He said the population of the area had outgrown the health centre and appealed to government to upgrade it into a Polyclinic to enable it to cater for the health needs of the people.