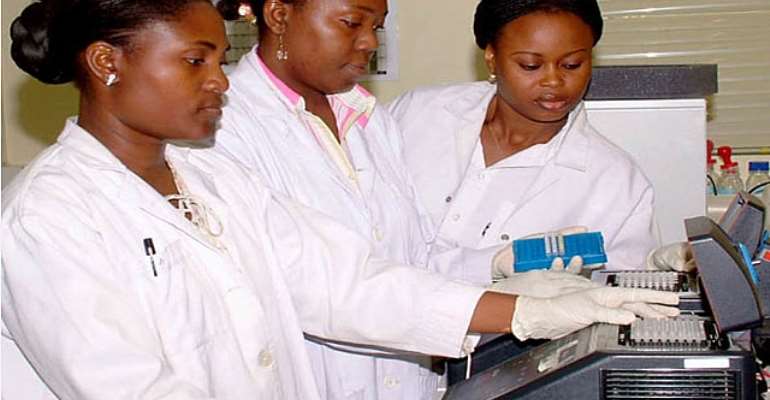 Increasing the quota of women in research transcends the clamor for gender mainstreaming; it is all about improving productivity and efficiency, says IITA Director General Dr Nteranya Sanginga.

Addressing women staff members in Ibadan on 11 March 2014, Dr Sanginga said the need to increase the population of women in IITA was driven by the productivity of women staff which had proven to be above their male counterparts over the years.

Citing an instance at the Threshing Building— a unit involved in the threshing of crops such as maize, soybean, cowpea, and rice―Dr Sanginga said out of a workforce of over 100 in that unit, 30 percent are women, but in terms of output, they account for more than 70 percent.

“Another example that comes to mind is the IITA Women's Group that is involved in charitable programs including donations to orphanages, community development, and the provision of scholarships.”

The Director General described the women workforce as productive but yet to be fully tapped resource.

Making the vision a reality

But more than increasing the numbers of women, Dr Sanginga said that he envisioned more women in management of the Institute in the years ahead.

He called on women to come out of their shells and aspire for higher positions.

But like elsewhere, challenges abound that limit the performance of the women folk.

For instance, several young working mothers have children and husbands to take care of. For many, taking higher positions that would compromise the care of their children is a non-starter.

Another challenge is the cultural perception which sees women as weaker vessels and has cast a shadow of an inferiority complex on women, especially in the African context. In this wise some women see some jobs as “no go areas for them” and in some cases the Human Resources Unit is compelled to invite only men as women don't apply.

This is why Dr Sanginga charged the women: “Apply for positions... Don't be shy.”

In IITA, the key is for women to muster more courage than ever before and participate in project execution to ensure that IITA meets its delivery goals. “If we are able to meet our delivery targets, I will not hesitate to employ more women. But if we fail to meet our project execution targets, we will have no option but to downsize,” Dr Sanginga said.

In less than 2 years, IITA has doubled its annual budget and there are still prospects for growth. Dr Sanginga said the energy from the women is needed now to ensure that the Institute meets its obligations, emphasizing that “if you (women) take care of IITA, IITA will take care of you.”

In response to the call for greater participation of women and to be able to fill top management positions in IITA, some women called for policies that would enable them to further their education while at the same time keep their jobs and take care of their babies.

“We need to further our education,” Mrs Kafilat Odesola, IITA Scientist, said, emphasising that such opportunities would not compromise research, “because women can multitask and do a hundred things at the same time.”

Besides the challenge of furthering their education, women at the forum also voiced out other limitations.

However, Dr (Mrs) Bussie Maziya-Dixon, IITA Crop Utilisation Specialist, noted that climbing the corporate ladder would entail women setting their priorities right. “Women should know what they want. What you want to achieve at 30... What you want to achieve at 40 etc. I have seen a lot of women who come with the ambition to do a PhD. And the supervisor looks for funds because he/she knows that if he/she educates a woman, he/she is actually educating 20 people at a go. But in the middle of the program when the boyfriend comes and says we are getting married, she drops everything just like that. So my advice is: “know what you want as an individual and pursue it.”

Corroborating Dr Maziya-Dixon's position, Mrs Bukky Adeyemo, Executive Assistant to the Deputy Director General (Corporate Services), encouraged women not to look at limitations if they wanted to be at par with the male counterparts.

“I remember working in IITA years back with my little children (2, 3 years old), and sometimes closing at 8.00 pm. But I was determined to do the job because that is what it entailed. So we just have to be determined and tackle the challenges that come,” she said.

But more than rhetoric, the women staff set up a committee to map out an implementation strategy to increase the workforce of women, and advise on matters relating to staff promotions in IITA.

The committee met on 14 March and pledged to work with IITA management to ensure:

• Gender balance for short term staff.
• Training for women which could be in the form of mentorship, training, and seminars

• Women are given the opportunity to further their studies (possibility of study leave for female staff members).

• Introduction of flexi-time for workers, particularly crèche workers. (The crèche could be open after working hours and on Saturdays).

• Promoting IITA as a good family company to work for to potential female candidates.

In the area of women taking senior management/leadership roles, the women promised to work with the IITA management in the following areas:

The women also went ahead to constitute committees that would implement the promised/pledged actions. 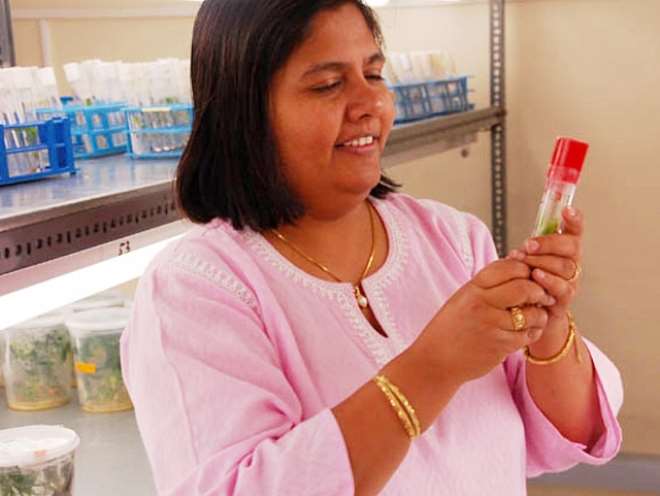 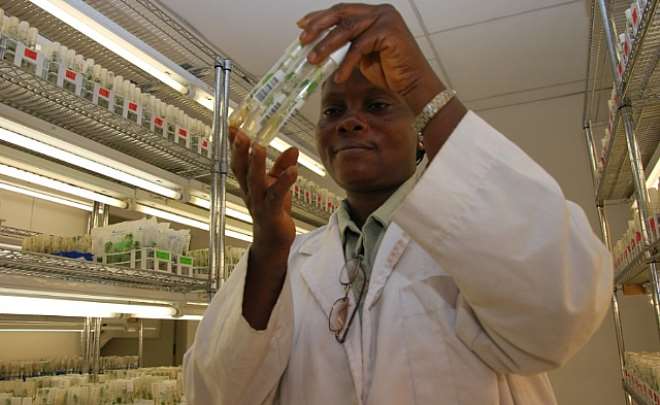 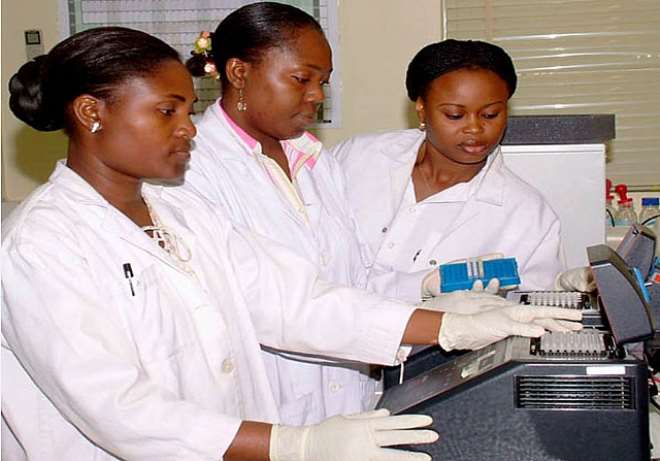