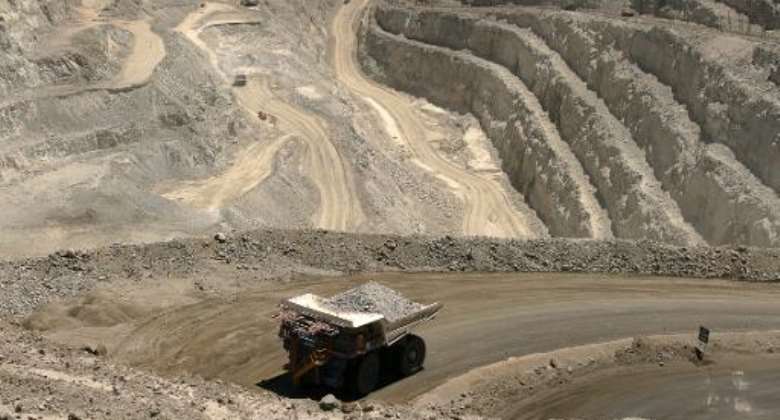 Rossing Uranium Mine on February 11, 2008. By Alexander Joe (AFP/File)

Windhoek (AFP) - Rio Tinto workers in Namibia who mined uranium to supply the British and American militaries in the 1970s are suffering from cancer and other illnesses, a study has found.

A joint study by charity Earthlife Namibia and activists at the Labour Resources and Research Institute showed that workers who were employed at the firm's Rossing mine in the Namib Desert, were now battling cancer and respiratory ailments, after years of working in one of Africa's largest mines.

"Miners who started working for Rossing at the early years of operation, were not protected against exposure, be it dust or radiation or both," the report said.

"Moreover they had no knowledge about the danger uranium mining poses."

The Namibian government holds a 3 percent stake in the mine that produces around seven percent of the world's uranium. Iran has a 15 percent shareholding.

"These workers started working in the mine in the 70s and early 80s when safety conditions were non-existing or very poor," according to the report.

Rio Tinto has denied knowledge of the former workers health problems, saying the company would study the report.

Company spokesman Illtud Harri told AFP that the company has "always regarded the health and safety of employees as a priority."

"We are not aware of any medical evidence of widespread health issues for our current or former employees which we monitor regularly," said Harri.

A total of 39 of 44 workers who took part in a questionnaire-based survey complained of a range of health problems associated with hard labour, including breathing, hearing and visual problems.

Older workers said they knew miners who died of cancer and other diseases, mainly after retirement.

Namibia exports about 4,000 tons of uranium oxide a year, making the southern African country one of the world's top producers.

The researchers recommended a large-scale epidemiology study by independent medical experts to examine workers who started working in the 1970s or early 1980s.

External factors stripped off gains Akufo-Addo gov’t made in...
18 minutes ago