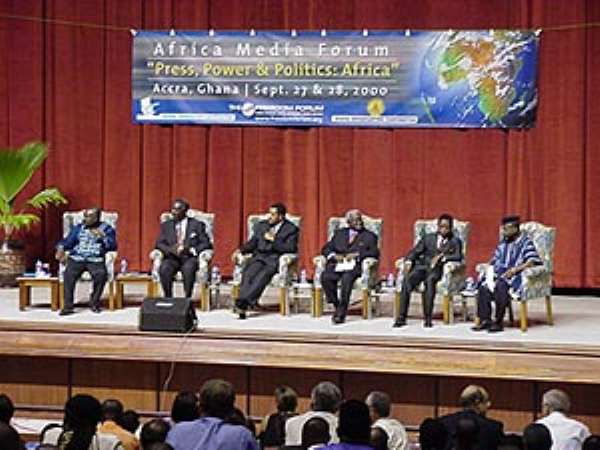 Wa, April 19, GNA - The Ghana Network for Peace Building (GHANEP) in collaboration with the National Commission on Civic Education (NCCE) on Monday began a series of facilitated dialogue sessions with political parties and media practitioners in the Upper West Region to ensure a violence-free election.

The sessions which would cover the three Northern Regions, would among other aims, discusses and identify activities or conduct that militate against peaceful elections.

They would also adopt and codify a set of local rules that would regulate their activities to ensure violence-free elections in these regions.

Representatives from the political parties with the exception of the GCPP, DPP and UGM, are attending. Media houses in the region who are to provide an input into the process, are also attending the two-day session which is being sponsored b IBIS Ghana.

Opening it, Mr Sahanun Mogtari, Upper West Regional Minister said violence-free elections would only be possible if all political parties considered the election as a competition in which only one party could emerge as winner.

Mr Mogtari noted that neighbouring countries which were now in turmoil and total anarchy had all been very peaceful in the past. "The best we can therefore do as a nation is to take a cue from what is happening around us and resolve never to take our relative peace and stability for granted".

The Regional Minister advised those who would be on the forefront of the political campaigns in the region, not to use them to revive dormant conflicts or settle personal scores.

He called on media practitioners, especially radio and TV presenters and panellists of newspaper review programmes to objectively inform the public on socio-economic and cultural development of the nation to reduce poverty, ignorance and disease and not resort to attacking the integrity of personalities without facts to back such attacks.

Mr Felix Naah Sabie, National Co-ordinator of GHANEP said his organisation was targeting the North in its various peace initiatives because the area had become the hotbed for conflicts in the country. 19 April 04