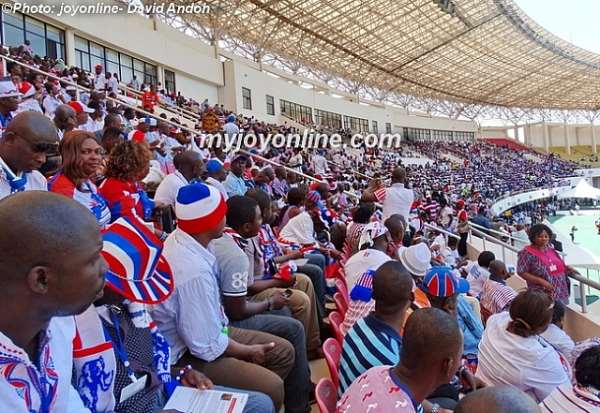 Nana Addo Dankwa Akufo-Addo, the party's twice-defeated presidential candidate, his arch rival for the flagbearer slot, Alan Kyeremanten amongst other former aspirants and ex-party officers were all introduced to the crowd, except Dr Apraku.

Apraku's aide Baah Achamfuor suspects it was a deliberate slight meant to sideline the former trade and industry minister from the flagbearer race.

“…It was a calculated attempt to do that and they succeeded in doing it but that will not pull us. It will rather strengthen us,” Achamfuor told XYZ Breakfast Show host Moro Awudu on Tuesday.

“…I was surprised. Who can deceive me into thinking that it was an oversight? Dr Apraku was sitting in front of Mr Mac Manu [but] Mr Mac Manu was introduced…what were the criteria? Should we believe that they want to limit the flagbearership race to anybody apart from Dr Apraku? It was amazing but we are now seriously working so we do not want to get into this,” he complained.