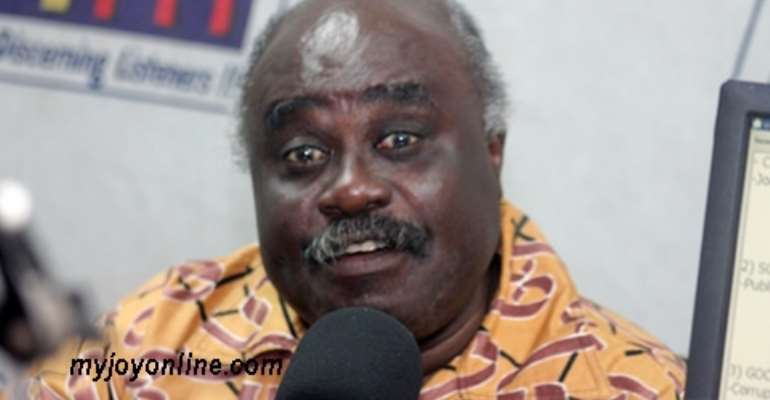 Embattled founding member of the opposition New Patriotic Party (NPP), Dr. Charles Wereko-Brobby, has charged the newly elected national executives of the party to work assiduously to secure victory for the party in the 2016 general elections.

According to him, the party's survival in Ghana's body politic lies in their ability to wrestle power from the governing National Democratic Congress (NDC) in 2016.

He further stated emphatically that the party “will collapse if it does not win the 2016 elections” since no serious person would like to associate with a party in perpetual opposition.

Tarzan as he is popularly called was commenting on the party's just ended national delegates conference in Tamale over the weekend.

About 5,000 delegates converged at the Tamale Sports Stadium to elect new national executives to steer the affairs of the party for the next four years.

Out of the old national leadership only one, the National Women's Organizer, Otiko Afisa Djaba, retained her seat.

The new leadership with Paul Afoko as Chairman, has been described by many as the 'dream team' to win political power for the NPP.

Extolling the virtues of Paul Afoko as a “resourceful, conciliator and a doer”, Tarzan noted that there is a new wind of change in the NPP.

Dr. Wereko-Brobby commended the party delegates for voting out the old executives since they could not deliver on the purpose for which they were elected.

According to Tarzan, elected executives  are expected to win power and “not to give excuses about how you failed”.

This notwithstanding, Tarzan said the Afoko-led national executives cannot afford to gamble with the political future of the NPP.

Dr. Wereko-Brobby urged Paul Afoko to use his business-minded skills to strategize and re-brand the NPP for the battle ahead. Story by Ghana/Adomonline.com/Adwoa Gyasiwaa