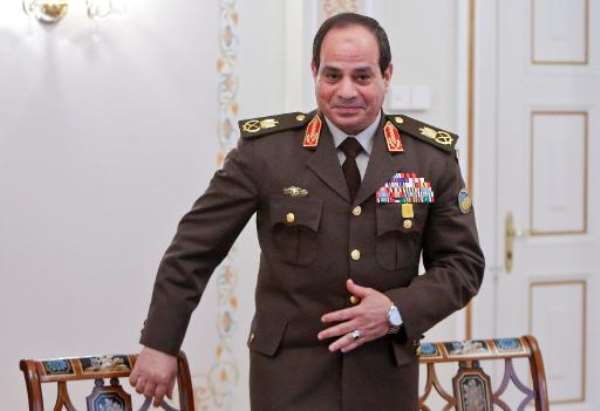 Cairo (AFP) - Egypt's ex-army chief Abdel Fattah al-Sisi on Monday officially submitted his bid to run for president, with his lawyer handing over the required documents to the authorities, a spokesman said.

Sisi, who is riding on a wave of popularity after ousting Islamist leader Mohamed Morsi in July, is widely expected to win the May 26-27 election.

The 59-year-old had declared his intention to run for president in late March.

"Lawyer Abu Shoqa submitted the required documents on behalf of Sisi that include endorsements by citizens, medical reports, and an application for his candidacy," Ahmed Kamel told AFP.

Under Egyptian law, candidates hoping to run for president need to collect at least 25,000 signatures.

"Sisi has already received more than 460,000 signatures from citizens across the country endorsing his candidacy," said Kamel.

The electoral commission is to announce the final field of candidates on May 2, and official campaigning starts a day later.

Leftist leader Hamdeen Sabbahi and Mortada Mansour, a harsh critic of activists who led the 2011 revolt against Hosni Mubarak, have also declared their intention to stand for president.

Sisi ousted Morsi after millions of people took to the streets protesting against the Islamist's single year of turbulent rule.