Tenacity pays off for founder of 'Nollywood Netflix' 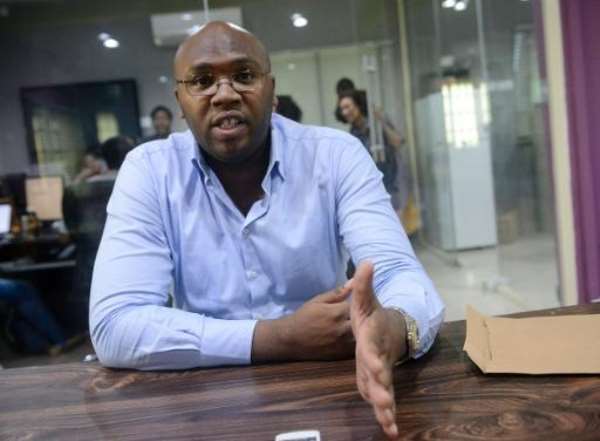 Lagos (AFP) - At only 33, Jason Njoku is already considered one of Africa's most promising entrepreneurs thanks to an online film distribution service that has tapped high demand for Nigerian movies.

But the British-born Nigerian entrepreneur, whose firm iROKO has been compared to the US Internet movie and TV streaming giant Netflix, is cautious about reading too much into the accolade.

"On paper, I'm a millionaire, absolutely," he told AFP at his office in Nigeria's financial capital, Lagos.

"But it's on paper. It's not cash in the bank. I think we are not successful, we are not profitable, we have a long way to go."

Njoku's caution is understandable given his background.

Soon after he was born, his father left, leaving his mother struggling to make ends meet while Njoku grew up in southeast London. Yet he managed to become the first from his family to go to university.

With a chemistry degree from the University of Manchester under his belt, Njoku decided to set up his own business. But it was not all plain sailing.

"I graduated in 2005 and spent a good five-and-a-half years just failing in everything I tried," he admitted.

Though Njoku was broke, unable to open a bank account and slept on friends' sofas, his best friend and university flatmate Bastian Gotter was still persuaded to invest in his latest venture.

That enterprise -- iROKO Partners -- was his 11th attempt at starting a company and born of the fact that cinema is increasingly big business in Nigeria.

Some 1,500 to 2,000 Nollywood films are made every year and many are wildly popular both at home and abroad.

Most films, including poor quality pirated copies, are sold for a dollar or two on DVD in markets or by hawkers at traffic junctions, making them difficult to come by for the legions of fans overseas.

Njoku bought a ticket for Nigeria, where he had previously only been on a few childhood visits, and set out to meet film producers in the hope of creating a slick, modern distribution network.

"Our idea was really simple: we just wanted to take Nollywood movies and put them online. It's as simple as that," he said.

With producers on board, the first step in 2010 was the creation of "Nollywoodlove", a dedicated channel on the video-sharing site YouTube, followed a year later by the iROKOtv platform.

Gotter sank money he had made as a trader for British oil giant BP into the venture and a US-based investment fund also provided financial backing, Njoku said.

Today, iROKOtv gets nearly a million hits a month and almost 90 percent of the content -- more than 5,000 films -- is free, with revenue generated in part by online advertising.

There is also a subscription service, where users can download the latest releases for $7.99 (5.7 euros) a month.

Notwithstanding comparisons with Netflix and the company's expansion beyond Lagos to Johannesburg, London and New York, Njoku believes they still have a way to go.

Profitability, he said, will only start to come in two or three years.

"And in as much as money is important, it's not the yardstick that we should use to determine your life and your values and how you try to build a company...

Up to now, most users of the site have been in the diaspora -- first and second-generation African families who want to stay in touch with their roots.

But Njoku is eyeing the vast potential of the African online market for expansion and has tasked engineers to figure out the best way to compress films so quality is not lost on poor Internet lines.

Njoku and Gotter have also set up the music download site iroking.com, dubbed the "African Deezer", featuring 35,000 tracks from Nigeria and other countries on the continent in MP3 format.

What's clear is that Njoku is not short of ideas or energy.

The self-confessed workaholic reckons he spends more than 100 hours a week in his office and is eager to share his experiences with young Nigerians, mindful that they will determine his future success.

"I think tenacity is one of the most important things because things are never going to go in the right way," he said.

"So, if you can get knocked down five years in a row and still be excited, still be enthusiastic and still be in the fight... I think I'm fortunate to have been able to continue somehow."

I haven’t said NPP is Majority in Parliament – Bagbin clarif...
7 minutes ago