Paul Afoko Is His Own Worst Enemy 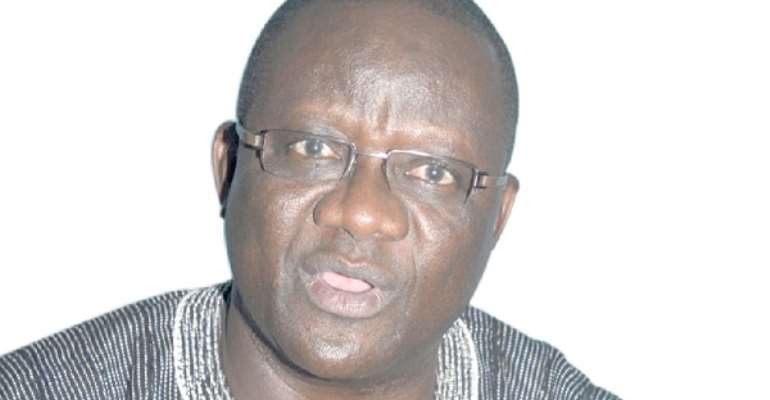 When a confidential letter claiming Mr. Paul Afoko to have been convicted and incarcerated for cocaine dealership in Great Britain was used by the Vetting Committee of the New Patriotic Party to stall his aspiration for the chairmanship of Ghana's largest political party, I promptly went to bat for the man. I did not know the man then and still know very little about Mr. Afoko now, even as I write.

The basis for my staunch defense of his right to his aspiration as a party boss, hinged primarily on the apparent deviousness of the entire episode. It smacked of a deliberately orchestrated act of vendetta; and my convicted view was that eviscerating Mr. Afoko's ambition on the dubious strength of a confidential letter with no known legal and/or judicial credibility, flagrantly violated the kind of transparent democratic culture that the frontline leadership of the Danquah-Busia-Dombo Traditionalists have been fighting to guarantee each and every Ghanaian citizen for more than three generations now.

And then, alas, in the lead-up to the April 12 Tamale delegates' conference or electoral primaries, Mr. Afoko confirmed my worst fears and suspicions - that, indeed, the members of the Vetting Commitee of the NPP knew more about the man Paul Afoko that they were not letting on to the general public for reasons best known to themselves. And I hope to the high heavens that I am grossly mistaken, and that what clearly appears to be the vindictive and reprehensible character of Mr. Afoko may just well be a figment of the febrile imagination of a spectator looking in from the outside, from his safe and distant perch in the diaspora, as one critic recently suggested to yours truly.

For starters, Mr. Afoko cuts a really grotesque political figure when you have front-pew members of the ruling National Democratic Congress (NDC) like Mr. Rashid Pelpuo defending the man, partly on the preposterous grounds that as a Northerner, actually an Upper-Easterner, Mr. Afoko ought to have done or been doing more to range the putatively single-minded northern vote against the interests of the New Patriotic Party. It makes one wonder whether the entire NPP membership of Mr. Afoko had not been strategically engineered by the faux-socialist and Nkrumah-leaning National Democratic Congress.

That Mr. Afoko is, after all, not beyond reproach and may well have deserved every bit of "confidential" attempts to savage his integrity and fit for the chairmanship of the NPP, is clearly evinced by the recently leaked contents of a memorandum that the besieged NPP chairmanship aspirant reportedly wrote to the National Election Committee of the party seeking to preemptively disqualify the 2012 NPP presidential candidate and his running-mate from casting their ballots in the upcoming primaries geared towards the election of party executives and administrators for the next four years.

Mr. Afoko, once again, is impugning the integrity of the party's National Election Committee on grounds that his memo was confidential and ought to have been treated strictly as such. The irony here, though, is that when a similar confidential memo impugning the integrity of Mr. Afoko, as referenced above, came to light, the target of such confidentiality threatened to head for the courthouse unless the identity of the mischief-maker was promptly revealed. Well, the identity of the confidential memo author was later revealed. It also turned out that the cocaine-dealership accusation and criminal-prosecution story linked to Mr. Afoko had both been a pure fabrication.

What I am concerned with here is the fact that the mischievously tormented and systematically harried Mr. Afoko does not seem to have learned any meaningful lessons from that most humiliating experience. Now, Mr. Afoko is accusing some detractors inside the New Patriotic Party of spreading rumors to the effect of him being of gay sexual orientation (See "I'm Not Gay; It's All Propaganda - Afoko Cries Out" Radioxyzonline.com / Ghanaweb.com 4/11/14).

The best riposte to such rabid gaybaiting, and bashing, is tersely thus: "I am not gay. At any rate, my sexuality is absolutely nobody else's business." And not, "Look, folks, I am married with children." For, really, one can be gay and could have even once been married with children. Or one could even be bisexually oriented.

The definitive fact of the matter is that aspiring for the NPP National Chairmanship is not about the public exhibition of one's sexuality and/or sexual orientation. It is fundamentally about administrative competence and a genius flair for scoring convincing victories at the polls.