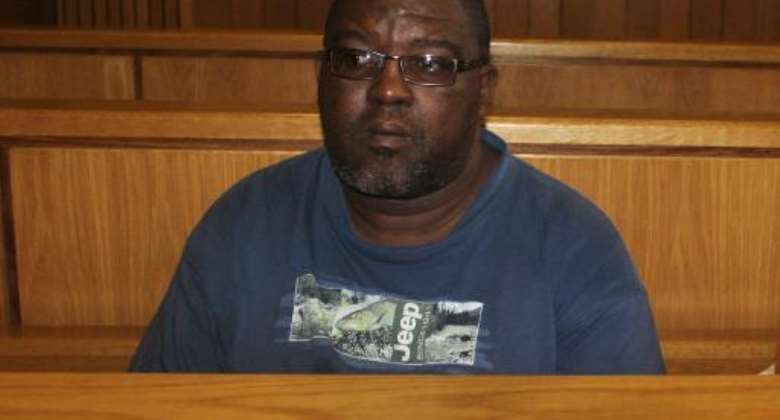 Johannesburg (AFP) - Swaziland activists warned Friday that the country's judiciary is sliding into deeper crisis after the chief justice ordered the re-arrest this week of an editor and his columnist.

Bheki Makhubu, editor of The Nation, and his columnist colleague Thulani Maseko - were Sunday released from 19-day detention after a High Court judge overturned their arrest over an article that criticised the earlier arrest of a government worker.

But a day later Chief Justice Michael Ramodibedi said he did not recognise the High Court decision and had them taken back into custody.

Civil society groups on Friday said the arrest and re-arrest of the pair is a sign of underlying governance problems be-develling Africa's last absolute monarchy, under the rule of King Mswati III.

Swaziland United Democratic Front's Wandile Dludlu blamed the judiciary saga on "a political crisis that is deep-seated in Swaziland, where you have a state that has no democracy, a state that thrives at not respecting basic human rights of its citizens."

While the crisis is playing itself out in the courts, "we look at it as a symptom of a much bigger problem, that of governance," Lomcebo Dlamini of the Swaziland Coalition of Concerned Civil Society told a news conference in Johannesburg.

Dludlu said the chief justice "is completely out of order, but there is no recourse for the victims."

Operating in such a "fluid" system is frustrating for lawyers who themselves risk long prison terms if they criticise the chief justice.

"You don't know how your matter is going to be handled ... and whether the (assigned) judge ... is going to exercise a fair mind towards it, especially with the interference of the chief justice," da Silva said.

The chief justice "circumvents all the rules and he circumvents them so often that its basically become a practice and some people don't even bother to flag it anymore."

"Right now we are just donning our robes and doing the best that we can," she said.

In a statement, the Southern African Human Rights Defenders Network said the decision to re-arrest the editor and his colleague is "malicious and reprehensible."

"Such barbaric actions will not make Swaziland any closer to democratic governance, but entrench it ...as a monarchist dictatorship," the group said.

The two were initially arrested last month after the independent magazine published a report questioning the detention of a government vehicle inspector who was held for a week without being charged.

The magazine criticised the arrest as an abuse of authority.

Authorities claimed the articles interfered with the court proceedings, and charged them with contempt of court.

Media in Swaziland operates under strict regulations, where criticism of King Mswati and his government is not tolerated.