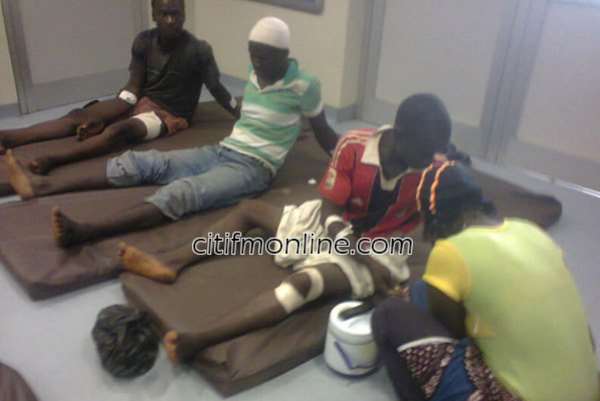 Incumbent national chairman of the opposition New Patriotic Party (NPP), Jake Otanka Obetsebi Lamptey has condemned attacks on some of the party's youth in Tamale.

Unknown gunmen in unregistered taxi cab were reported to have shot into a crowd of NPP youth at Oscar's base where they organized a night jam in commemoration of the NPP's national delegates conference slated for April 12.

Nine persons including a lady were severely wounded and admitted at the Tamale Teaching Hospital.

Mr. Obetsebi Lamptey who visited the victims at the Tamale Teaching Hospital told Citi News he suspected foul play from the National Democratic Congress (NDC). He called for rapid response from security operatives on the ground to avoid bloodbath ahead of the conference.

Mr. Jake was however optimistic that the conference will end successfully and that the NPP will get united to wrestle power from the NDC in 2016.

Northern regional chairman of the NPP, Mr. Daniel Bugri Naabu challenged security personnel in the region to be proactive in handling such activities.