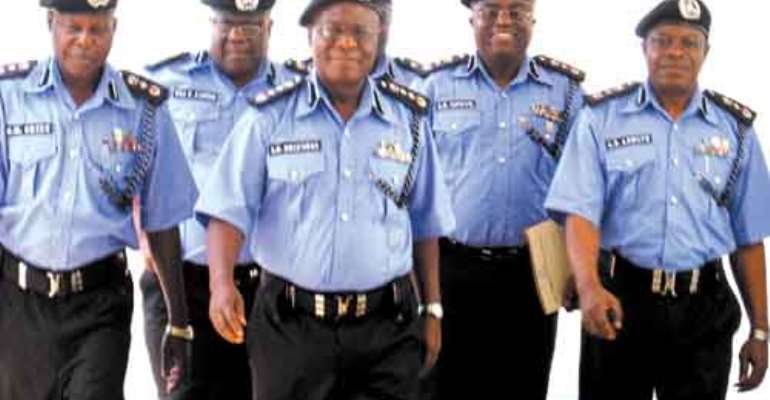 With a charge that the Inspector General of police Mr. Mohammed Dikko Abubakar direct the immediate release or prosecution in the competent court of law of the duo of Malam Basiru Maragwiwa and Samaila Oko over alleged involvement in a recent inter-party fight which resulted in one fatality, a pro-democracy group has tasked the police to strive to be professionally objective and avoid partisanship.

In a statement jointly authorized by the National Coordinator Comrade Emmanuel Onwubiko and the National Director of media Miss. Zainab Yusuf, HUMAN RIGHTS WRITERS ASSOCIATION OF NIGERIA (HURIWA) said the detention of the two All Progressives Congress members for over a month at a cell without trial in Abuja for an offence allegedly committed in Sokoto, is a total negation of several provisions of the fundamental rights in chapter 4 of the constitution of the Federal Republic of Nigeria of 1999 (as amended).

Besides, HURIWA, further tasked the hierarchy of the nation's police to repose some level of confidence on their officers posted to different federating units of the country or move them around in the event of suspicion of lack of professional objectivity/competence rather than moving to Abuja suspects with alleged divergent political views from that of the PDP-led Federal government particularly in matters relating to inter-party violence.

On the continuous detention of the two youthful opposition politicians from Sokoto over alleged killing of a member of the Peoples Democratic Party [name withheld] during a recent political crisis in Sokoto, the Rights group asked the police to charge them to court immediately in line with the due process of the law or grant them bail to stop the continuous violation of constitutional provisions with regards to their constitutionally guaranteed rights.

The Rights group reminded the Inspector General of police that section 35(4) stated thus; “Any person who is arrested or detained in accordance with subsection (1) (c) of this section shall be brought before a court of law within a reasonable time…”

Besides, the Rights group also affirmed that section 35(5)(a) and (b) provide that the expression 'a reasonable time' means in the case of an arrest or detention in any place where there is court of competent jurisdiction within a radius of forty kilometers, a period of one day; and in any other case, a period of two days or such longer period as the circumstances may be considered by the court to be reasonable.”

“We strongly canvass the strict adherence to the constitutional provision in section 36(5) which is of the unambiguous position that every person who is charged with a criminal offence shall be presumed to be innocent until he is proved guilty".

"We urge the Inspector General of police to use his good offices to direct that these two suspects be granted their constitutionally guaranteed rights by directing his officers at the Force Criminal Investigation Department in Abuja to conclude investigation on time and to seek the advise of the Sokoto State Director of police prosecution on going forward. The insinuation in Sokoto among most people is that the Abuja police hierarchy is playing to the gallery in this matter to please the national hierarchy of the Peoples Democratic Party”.

HURIWA however said it is prepared to give the Inspector General of Police the benefit of doubt as a professionally competent head of the policing institution to do the needful in this specific matter and many other pending cases that border on alleged violations of the constitutionally protected human rights of detainees in police facilities.

“We trust that the hierarchy of the police will use this matter as a litmus test to show their level of professional objectivity in political matters especially as electioneering campaign activities of 2015 draw near. Professional objectivity and competency are the two qualities required of the nation's police to instil greater confidence and public trust if truly the people are to take the police serious as partners in the promotion and protection of human rights and the enforcement of the principle of Rule of law,” HURIWA argued.