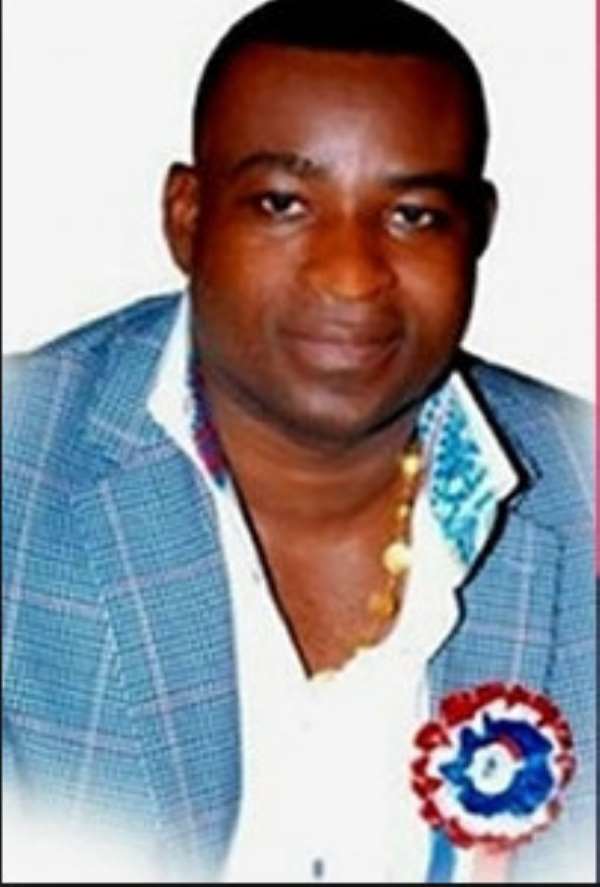 I read with much surprise Peace FM's assertion (on 4/4/2014) that chairman Bernard Boasiako, alias Wontumi, is living in fear two days after he was reported to have called for an Arab Spring in Ghana (published on the Joy FM website on 2/4/2014). I wonder what the newly elected Ashanti regional chairman of the largest opposition party in Ghana meant by his two conflicting statements, which have caused confusion in the minds of the general public.

After reading Boasiako's first article, I applauded him for being bold and was confident that a new leader was about to be made in Ghana. Throughout history leaders have been made, not born, and made in times of crisis, as happened in India, United States of America- (USA), South Africa and in Ghana during the 1979 coup d'etat that created the young Lieutenant J.J. Rawlings. Boasiako's second publication, however, shattered my dreams, and I wonder if the chairman really understood the significance of the Arab spring.

Consistency is important in politics, and it is time that Ghanaian politicians become more consistent so that they can finally earn the trust of the majority of the electorate. Is it appropriate to call for an Arab Spring for a democratic nation like ours whose citizens' right to life and free speech is enshrined in the 1992 constitution? Further, the constitution also stipulates a four year term for any elected government, which is what all politicians should aspire to, especially those in opposition who are vigorously campaigning ahead of 2016 general election.

Perhaps Mr Bernard Boasiako and his supporters are unaware that the term 'Arab Spring' invokes unpleasant memories all over the world. It has been used to describe the revolutionary wave of demonstrations and protests (both violent and non-violent), riots and civil wars in the Arab world that began on 18 December 2010 when twenty-six-year-old Mohamed Bouazizi, who has been the sole income earner in his extended family of eight, had his vegetable cart and produce confiscated by a policewoman and in response doused himself with a flammable liquid and set himself ablaze. This self-immolation and the subsequent heavy-handed response by the Tunisian police to peaceful marchers resulted in series of riots across Tunisia that spread across the whole Arab world.

By December 2013, many dictators who had previously dominated the Arab political landscape were chased out of power, including the Tunisian President Ben Ali, who ruled for 23 years, the Egyptian President Hosni Mubarak, who had ruled for 30 years, Libya's Muammar Gaddafi, who had ruled for 42 years, and Yemen's Ali Abdullah Saleh, who had ruled for 33. Civil uprisings also erupted in a number of other countries in the Arab world, with major protests in Algeria, Bahrain, Iraq, Jordan, Kuwait, Morocco, Sudan and Syria and minor ones in Mauritania, Oman, Saudi Arabia, Djibouti, Sahara and the Palestinian territories.

There were further negative consequences. Weapon and Tuareg fighters returning from the Libyan civil war stoked a simmering conflict in Mali which itself was a fallout of the Arab Spring in North Africa. There were also sectarian clashes in Lebanon linked to the spill over of violence from the Syrian uprising.

As this violence indicates, the Arab Spring is not necessary in democratic nation like that of President John Mahama's Ghana, where all sort of freedoms exist, including that of right to life, liberty and free speech. It is this very freedom of speech whose platform Mr Bernard Boasiako used to call for the Arab Spring; the fact that he can do so itself undermines his argument: revolution is for suppressed regimes without freedom of speech and expression, whose leaders rule for decades as dictators and have undermined and suppressed democratic institutions and caused worsening economic conditions for its citizens.

Mr Bernard Boasiako needs to be reminded of the social, political and economic cost of the Arab Spring. Many demonstrations were met with violent responses from the political authorities, including pro-government militias and counter-demonstrators. These attacks were answered with violence from the protestors, in some cases resulting in a loss of income and in most cases a loss of life.

For instance, HSBC predicted that at the end of 2014, Gross Domestic Product, (GDP) in the seven hardest-hit countries - Egypt, Tunisia, Libya, Syria, Jordan, Lebanon and Bahrain - would be 35 per cent lower than it would have been if the 2011 uprisings had not happened, (Geopolicity, 2011). They further indicated that the Arab Spring will likely end up costing Middle Eastern economies about $800 billion in lost output as countries struggle to restore stability.

Data from the International Monetary Fund (IMF) supports these facts, indicating that GDP losses in Libya, Egypt, Tunisia, Syria, Yemen and Bahrain will total about US$ 20-56 billion in 2011 alone, and that the costs to public finance for the same countries will be about US$35.28 billion (Geopolicity, 2011).

The number of deaths is staggering: available human rights reports indicate that more than 35,050 people were reported to have lost their lives in the struggle in just six countries. Of these, Libya recorded the highest death toll, with more than 30,000 people killed, and followed by 3,500 in Syria, 900 in Egypt, 300 in Tunisia, 250 in Yemen and 100 in Bahrain.

It would therefore be prudent for Chairman Bernard Boasiako to note that whatever form or shape his 'Ghana Spring' might take, it is likely to provoke a violent response from the ruling classes as it has done in many other countries. His cry that he is living in fear is unjustified: if he wants to call for a Ghanaian Spring, he needs to be ready to sacrifice not only his business, as he wanted the world to believe, but his life, following the example of Mohamed Bouazizi, whose name will remain in Tunisian politics for years to come as a martyr of democracy.