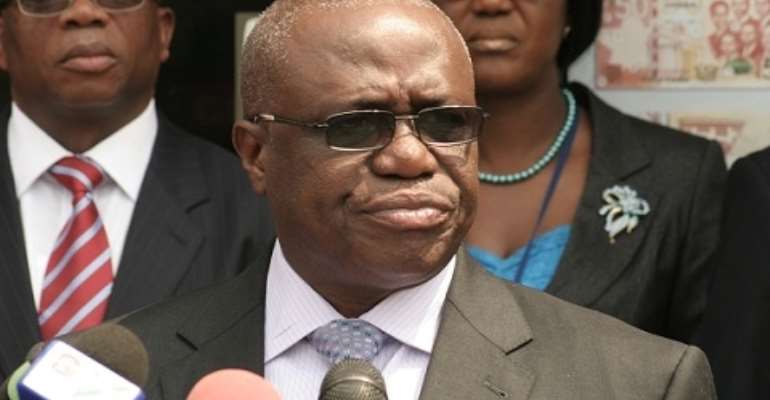 The Bank of Ghana (BoG) is worried about what it describes as waning consumer and business confidence in the country's economy.

The central bank fears the development as well as tightened credit conditions could impact on its outlook of the economy.

The softening of consumer confidence has been attributed to increases in utility and fuel price hikes.

“Businesses are also less optimistic about achieving revenue, sales and employment targets as well as capital outlay”, the Monetary Policy Committee (MPC) of the Bank says.

According to the committee, disruptions in the energy sector and utility price shocks, as well as falling gold production and prices, took their toll on growth last year.

Growth is expected to stay below par for this year, reflecting the lingering energy sector challenges and other supply side shocks the BoG maintains.

The central bank does not expect this year's economic growth target of 8.0% nor the inflation target of between 9.5% and 11.5% to be net.

This latest assessment by the central bank will fuel deepening worries about the state of Ghana's economy, even as senior government officials strive to assure both the local and the international business communities that the current problems ire short term rather than structural, and are being addressed prudently and effectively.

The economy of Ghana has suffered unabated turbulence over the last 18 months.

Some experts, such as Dr Muhamudu Bawumia, a former Deputy Governor of the Bank of Ghana, are cautioning for instance that at the existing rate of decline of the country's net international reserves, Ghana will “be on its knees before the end of the year if significant foreign exchange inflows are lot forthcoming.”

Other economists have stressed that consistent negative fiscal hiccups have eroded investors' confidence in Ghana.

In the past six months, the country's fiscal position has worsened as revenue underperformance coupled with sharply rising expenditure on wages, and interest payments led to a budget deficit of 10.8% of Gross Domestic Product (GDP) last year, significantly wider than government's own target of 9%.

Inflation has been rising significantly since 2012.

Consumer prices have kept their upward trend and rose 14.5% in March this year, up from 13.8 % in January. This is the highest era of inflation since January 2010.

Do DNA test for Rawlings alleged daughter before you bury hi...
53 minutes ago