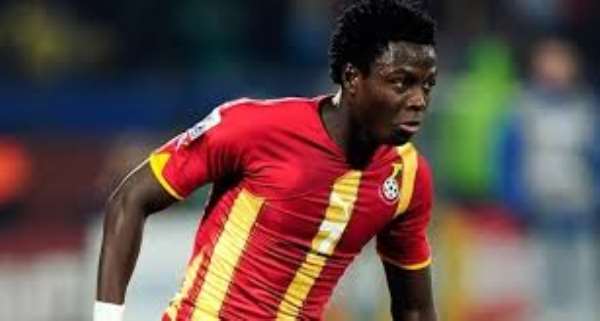 Ghana defender Samuel Inkoom has rubbished the talk of taking the wives or girlfriends of the players to the World Cup insisting the Black Stars are focused on excelling at the tournament in Brazil.

This comes in the wake of the debate that the Black Stars must be allowed to take their wives or girlfriends to the tournament in June to help them concentrate and relax during the gruelling tournament.

Inkoom says the the Black Stars are focused on winning laurels for the country rather than concentrating on wives and girlfriends.

“We are just going to Brazil to play football not to discuss wives and girl friends stuffs. I think it is not necessary for discussion,” Inkoom said.

Ghana will play Germany, Portugal and the United States in the Group of Death