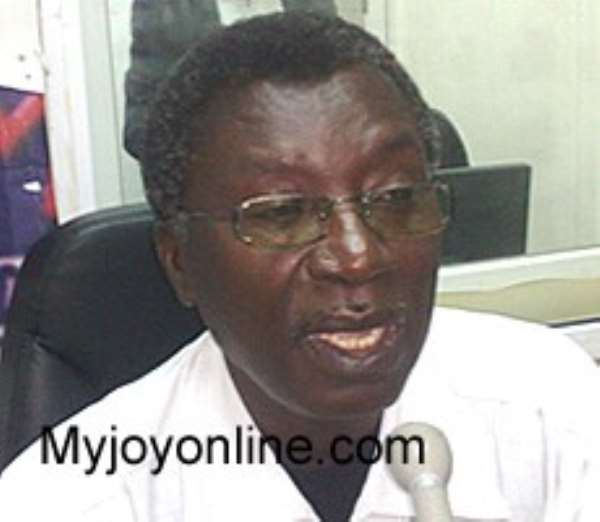 A leading member of the opposition New Patriotic Party (NPP) is calling on party delegates to vote against the National Chairman, Jake Obetsebi-Lamptey and General Secretary, Kwadwo Owusu Afriyie aka Sir John, in the up-coming delegates' conference in Tamale.

According to Professor Kwabena Frimpong Boateng, the two leaders are to blame for NPP's defeat in the 2012 general elections.

His advice comes barely three days to the party's national delegates conference scheduled for April 12, at the Tamale Sports Stadium. Almost all the current executives, who are seeking to retain their position, are campaigning vigorously to win the hearts of the delegates.

But speaking on Asempa FM's Ekosii Sen programme Wednesday, Prof. Frimpong Boateng said all the current executives after their abysmal performance in the 2012 election have no moral right to seek re-election.

He said the party cannot afford to elect national executives who will blame their inefficiencies on the Electoral Commission.

The former flagbearer aspirant says the NPP needs political power and nothing else, noting that it is important for delegates to elect pragmatic thinkers to project the party in a positive light.

Prof. Frimpong Boateng underscored the need for the old executives to give way for "strategic thinkers" to steer the affairs of the party ahead of the 2016 general elections.

He said delegates must consider candidates like aspiring General Secretary, Kwabena Agyepong and National Chairman, Paul Afoko, who in his opinion, have the competences to lead to NPP to victory in 2016.

He urged the delegates to vote for change if they intend to win the 2016 election. Story by Ghana/Adomonline.com/Adwoa Gyasiwaa