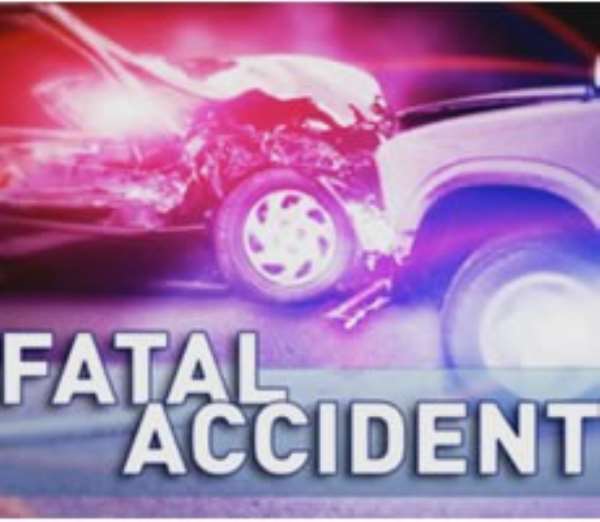 Two people have been confirmed dead in an accident that occurred at Vakpo Kope in the Volta Region, Tuesday.

The Taxi was believed to have bumped into a tree after veering off the road.