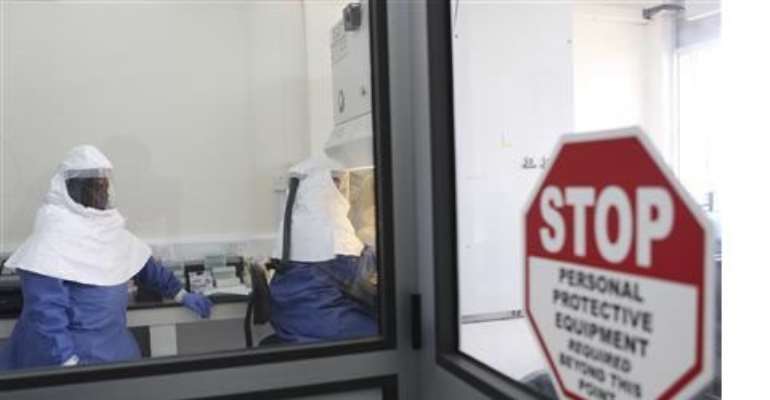 The test result of blood samples collected from a 12-year-old suspected to have been killed by the deadly ebola disease has proven negative.

The Noguchi Memorial Institute took the samples to test following the girl's death at the Komfo Anokye Teaching Hospital in Kumasi at the weekend.

Suggestions the girl might have died of ebola was a matter of concern to Ghana's health officials and members of the public. The virus has already claimed more than 80 lives in Guinea alone. It has also killed more than five people in Liberia.

Though controversy surrounding the girl's death has been dealt with now, the Health Ministry is leaving nothing to chance.

Minister of Health Sherry Ayittey who confirmed the test result at a press conference in Accra on Monday said 66 quarantine centres would be set up especially at health facilities across the country.

The ministry is also looking at having similar facilities are the nation's border entries, wild game or forest reserves.

A taskforce is already in place to monitor a possible occurrence of the disease.

The Ghana Health Service has asked the general public to report any suspicion of the ebola disease to its Director of Public Health, Dr Joseph Amankwah on 0244727958.