Annan Chosen To Speak In June 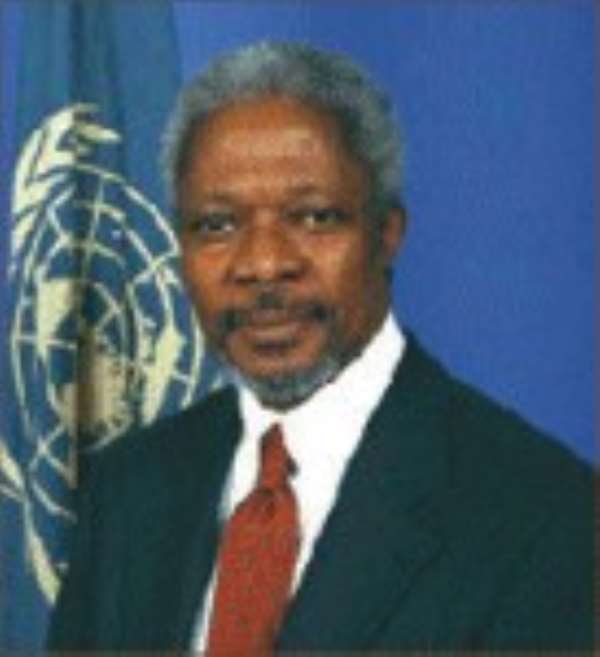 United Nations Secretary-General Tapped For Commencement United Nations (U.N.) Secretary-General Kofi A. Annan, will speak at Commencement this June, the University will announce today. The diplomat from Ghana has led the U.N. through contentious times as the world body oversees reconstruction in East Timor, Kosovo and Afghanistan, and searches for a role to play in Iraq.

“Annan is a distinguished statesman engaged in many of today's most important global challenges,” University President Lawrence H. Summers said in a press release.

Annan, who has been secretary-general since January 1997, won the 2001 Nobel Peace Prize for his work to strengthen the role of the U.N. as an international force for peace.

He has made the fight against the AIDS epidemic in Africa a personal priority of his administration.

The career diplomat will address the class of 2004 and alumni during afternoon exercises, where he will receive an honorary degree.

“There's a strong feeling that he's done a lot in trying to work through a very complicated world, and do his part to make it a better world, and that's not so easy,” Harvard Alumni Association (HAA) Executive Director John P. Reardon Jr. '60 said. “It's appropriate to honor him, and very interesting for students and alumni to hear him.”

Reardon noted that Annan has been head of the U.N. at “a very critical time” in international affairs.

“Annan is respected throughout the world for his ongoing efforts to revitalize the United Nations,” HAA President James V. Baker '68 said in the press release. “This is more important today than it ever has been, as is his continued role as an advocate of human rights and supporter of the universal values of equality, tolerance, and human dignity.”

The choice comes as the University increases its commitment to the study of international relations.

“There is a general interest and at tention on the part of the president of the University and the dean of the Faculty to facilitate our research, teaching and studying of international relations questions,” said Weatherhead Center for International Affairs Director Jorge I. Dominguez. “The invitation to Annan obviously highlights this as well.”

“We all should be doing important things for the world, and he is,” Kessler said. “I think it's a great match.”

Dominguez noted that the choice of Annan also underscores the University's push to expand the study of Africa. The Faculty of Arts and Sciences initiated the African Languages Program at the beginning of the academic year to significantly increase resources and classes for students studying Africa.

Annan responded to an invitation by a committee composed of Summers, Baker, the president of the Board of Overseers, and a member of the Harvard Corporation.

“We asked and he decided to come,” Reardon said. “We like to think it's an honor and an opportunity to him if he wants to say something on a major stage.”

Petition Parliament over your exclusion from 2020 parliament...
20 minutes ago