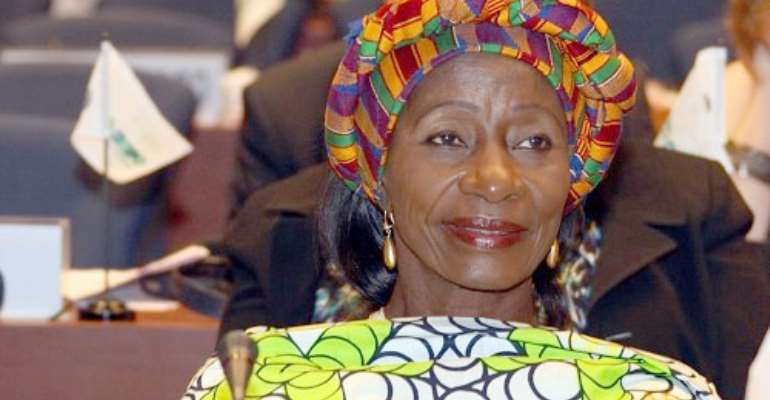 Sherry Aryittey, Minister of Health
The Ebola outbreak in some West African countries, though not yet an epidemic, is scary, requiring both a multi-institutional and national approach, if we are to hold it at bay.

Medical authorities at the highest level such as the World Health Organisation (WHO), are busy trying, as it were, to decrypt what by all standards is a medical challenge teasing them.

We have observed how the virus has crossed borders leaving lost lives in its trail. This is information which should naturally shake us to the marrow, especially the fact that there is no antidote to it yet.

As a new disease, details of which are scanty, there is the need for health authorities in the West African sub-region to join hands in researching it. The WHO might be at the wheels already but that notwithstanding, it is our take that the various health authorities with the support of their respective governments, should hold an emergency conference on it with a view to tackling it head-on.

We are aware about the challenges of funding and even expertise and how these might militate against such efforts. But these, notwithstanding, we should soldier on against the invader.

The importance of washing our hands before eating and to be mindful about careless handshakes with especially strangers, should all be considered in our daily activities.

Children should not be left out from such a campaign even as it is demanded that we avoid scaring them as we educate them in this regard.

As a contagion the reach of which is unlimited as evidenced from how fast it has moved across the borders of four countries so far, our medical teams at the various points of entry should liaise with the Immigration and even Customs authorities on how to arrest it.

Above all, the citizens must be watchful about the symptoms of the disease and report to the relevant authorities when these are consistent with what we have been taught so far about it.

In 1908 Accra witnessed the deaths of many persons in the colony after the spread of a plague. A colonial officer was said to have witnessed the death of many rats within the vicinity of the Christiansborg Castle. The rising number of the dead and the subsequent deaths of those who came in contact with the deceased were an alarm bell about an epidemic. The authorities, even in those days of limited scientific inroads, moved quickly to tackle the challenge through such actions like transferring whole settlements from one point to another and the strict application of hygiene rules.

If stringent measures must be applied to stop the contagion from making landfall here, so be it.