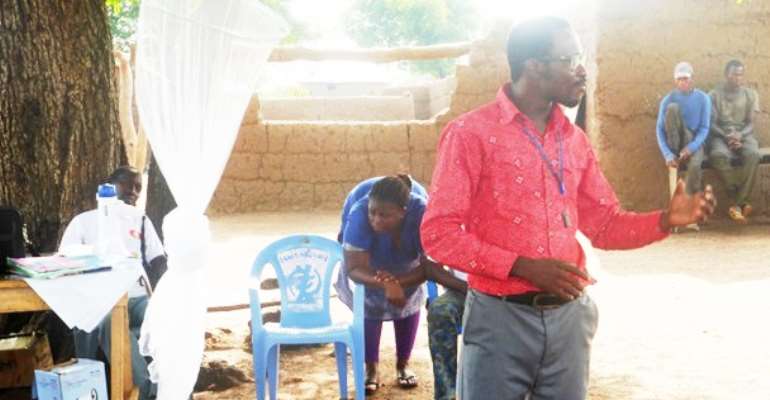 According to Doctors Without Borders, the current outbreak of the Ebola virus in Guinea is "unprecedented" — not because of the number of victims (so far at least 78 have died) but because the disease has traveled to various parts of the country. The widespread infection (which includes the capital city of Conakry) is at least unusual, the World Health Organization agrees, and presents more challenges than usual to the medical team seeking to contain the virus.

Speaking to npr.org from her base in Geneva, Esther Sterk who's been on the ground during past Ebola outbreaks in Africa and is helping coordinate efforts to quash this one, believes the infection may have spread more than usual because it's easy for people to travel from place to place in Guinea, including from the southern part of the country (where the first cases were reported) to the capital.

Ghana shares similar characteristics in terms of relative ease of travel and preference for bats which serve as possible reservoirs for the Ebola virus. Besides bats, many in the Bole District enjoy eating bush meat which is also possible sources of contracting the Ebola virus. In the areas where Ebola has occurred, the people eat bush meat — sometimes bats, monkeys ...that is a way the virus may be introduced into the population.

So, the message in Guinea is: Don't eat bats; don't eat monkeys; don't touch sick or dead animals. People can infect themselves when they touch the fluids of an infected bat or a monkey [while] preparing the food, and also via [eating the] meat. As the disease spreads across the sub-region (a case has been confirmed in Liberia recently), the expectation is that if people at the community level are better informed about the disease, possible cases can be detect early quarantined.

This is why, at a community session at Latiegberi in the Bole District organized by the Northern Empowerment Association's Leyaata Project, Community Health Nurses led by Mr. Titus Sotaa took the opportunity to educate residents bout the deadly disease. Mr. Sotaa, explained to the residents on the means of contracting the disease, signs and symptoms and the means of spread. He also advised eager community members on looking out for signs such as frequent passing of bloody stools, fever, diarrhea and vomiting.

Further, he cautioned caretakers to be extremely careful as being in contact with the body fluids of people who have contracted the virus could get them infected. The Bole District shares border with Ivory Coast, from where Ghanaians and nationals of other West African Countries freely cross in and out to undertake various business activities. The District has recently attracted large numbers of West African nationals due to booming small scale mining activities.

The Leyaata Project is a three year integrated intervention funded by Canada's department of Foreign Affairs Trade and Development (DFATD) under the G8 Muskoka Initiative to enhance maternal and child-health in 81 communities of the Northern and Brong Ahafo Regions of Ghana. The Project has established a home visit system targeting 6,000 mothers and their infants with education on reproductive health and malaria control and strengthens health systems in 18 clinics, health centres and hospitals.

Yaw is a sustainable development consultant and a Project Coordinator at Northern Empowerment Association managed Leyaata Project. He is also the founder of Kumasi Centre for Lifelong Learning, a community development, entrepreneurship and skills development focused non-governmental organization. He can be reached via [email protected] 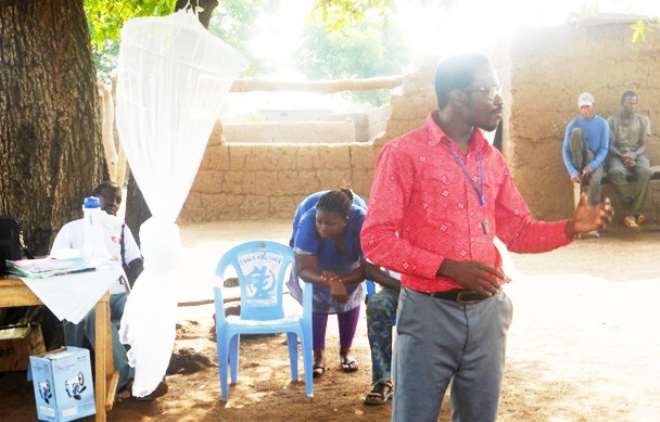