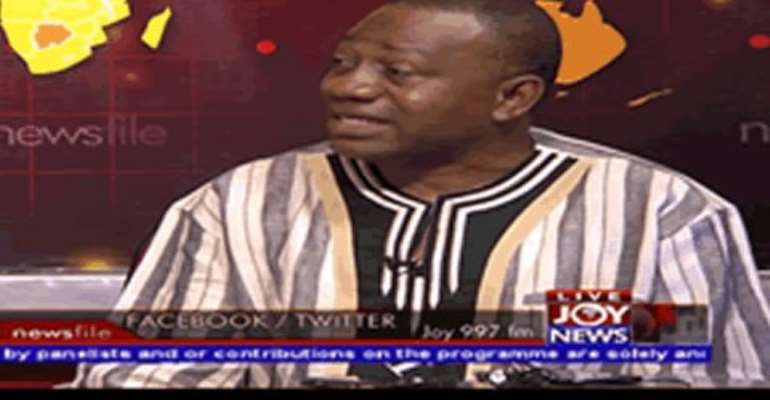 Government is ready to sign the controversial Economic Partnership Agreement (EPA) which critics say, will hand over the economic control of 16 West African states to the European Union (EU).

Minister of State in charge of Public Private Partnership Rashid Pelpuo says it will be too costly not to sign because the EPA is tied to 'aid, technical assistance, political assistance and trade'

The EPA has gone through serious negotiation process aimed at granting access to European and African markets. Discussions have travelled for 12 years. The European Union wants 100% tax free access on African markets but Ghana and some other West African countries are negotiating for between 60% to 75% access.

The agreement will involve reducing and removing import duties of European manufactured goods from roofing sheets to toilet rolls. Europe will also remove quotas, duties on African exports to the EU.

According to the EU the EPA is intended to "foster  African, Caribbean and Pacific [ ACP Countries] integration into the world economy, thereby promoting their sustainable development".

But in an expected turn of events, the Economic Community Of West African States (ECOWAS) rallied by Nigeria, held off  the signing of the agreement last week, asking for time to resolve some 'technical' issues.

The decision was hailed by  the media ,  anti-EPA Civil Society Organisations /business/2014/March-31st/ecowas-fails-to-sign-epa.php  and some international relations experts as a refusal to bow to the European pressure. http://news.myjoyonline.com/opinion/2014/April-4th/actionaid-ghana-commends-ecowas-for-decisive-action-on-epa.php

But the celebrations are meant to be short-lived. Rashid Peluo has poured cold water on the jubilation.

Speaking on Joy FM and Multi TV's Newsfile, political analysis programme, on Saturday, the Minister of State argued that in the absence of a viable alternative, Ghana's economy stands little chance of boycotting the agreement.

'So who do you turn to when you need budgetary support or some technical assistance for ministries if we do not sign this agreement?', Pelpou questioned.

"We are ready to sign the EPA", he repeatedly assured. Story by Ghana|Myjoyonline.com|Edwin Appiah|[email protected]

Covid-19: US places Ghana as a high risk country to travel t...
17 minutes ago

Muntaka has defamed all Supreme Court judges with bribery cl...
14 hours ago