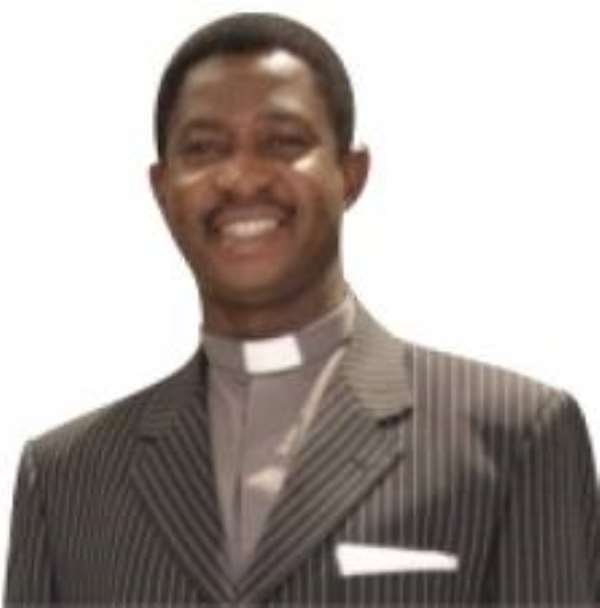 Koforidua, April 1, GNA The Christ Apostolic Church International (CACI) is to construct basic schools in all the Territorial Regions of the mission next year.

Apostle Dr Stephen Kwame Amoani, Chairman of the Church said the decision to build the schools was taken because the church believes that education is the bedrock of the development of the nation.

Apostle Amoani was addressing the 57th session of the Ministerial and General Council meeting of the Church in Koforidua on the theme: Impacting the Church through Transformational Leadership.

The week-long programme which is aimed at assessing activities such as achievements and challenges of the previous year and formulate new policies is being attended by delegates around the globe including Executive Council Members, Apostles and Ministers, Foreign and Local missionaries, Prophets and Prophetesses, Departmental heads, Elders and Deacons.

Apostle Amoani said the provision of the schools was some of the projects earmarked as part of the activities for the centenary celebration of the Church which comes off in 2017.

He said: "The year 2014 shall also start the preparation grounds towards our centenary anniversary which will be celebrated at both national and international levels in 2017.

The Executive Council expects all Administrators to start a repackaging / rebranding of the Christ Apostolic Church which will enhance the good image of the churchThe Territorial Administrations are to mobilise funds to set up one model basic school complex in each Territory".

Apostle Amoani said as part of measures put in place in repackaging and rebranding the church, the Executive Council expects pastors to improve the teaching of members on the Tenets of the faith, Rules of conduct, History of the Church, Covenant of the Church and to organise members and mobilise resources to plant churches, promote the image of the church and the effective functioning of the Auxiliary Groups.

He congratulated the delegates for their immeasurable efforts that gave the church a leap in growth in virtually all sectors of the church economy.

"I must say that God has been faithful to us once again, for he has indeed increased our greatness, and comforted us on every side, for indeed Except the Lord build the house (church), they labour in vain that build it: except the Lord keep the city, the watchman waketh [but] in vain ( Psalm 127:1), he added.

The overall total membership of the church as at December 2013 stood at 1,064,465 including children distributed in 4,032 Assemblies and branches, Apostle Amoani said.

We have achieved a remarkable improvement in our finances due to prudent measures and the mighty hand of God that has directed our path.

Measures that have been put in place to harness Church Expansion and to Sustain Church Growth include Evangelism, Church Planting Mechanisms, Empowering members to actively patronise evangelism, School of Evangelism for leaders, Initiative to finance church expansion Pastors and church officers to be educated to know the Purpose of Transfer and Teamwork.

Apostle Amoani said to have a stable, strong, growing, influential and attractive evangelical Pentecostal church, a five- year development plan shall be drafted to guard its growth and development.

To achieve this, it is expected that every local, Circuit, Area and Territory shall develop its own five- year development plan and submit to Headquarters for approval through the various levels of authority.

Leadership at the Local, Circuit, Area and Territory in consultation with council members are expected to organise open forums to involve members in the designing of the five- year development plan, which would cover Unreached Areas, Membership Drive, Proposed Projects with time limits, Building plans with documents of the proposed projects and Budget for those projects.

Apostle Amoani asked the delegates and Pastors of the church to cultivate the characteristics that would not only make them effective leaders but also transformational leaders such as Loyalty to the Church, Dedication Trustworthiness among other leadership skills.

Apostles, Pastors, Prophets, Teachers and Evangelist are encouraged and expected to use their platforms to preach about change and transformation, he added.

The Executive Council expects pastors to value and cherish all members and accord them the necessary courtesies that build a vibrant church.

The Territorial Head for the Eastern Region "A" Apostle Peter Konotey welcomed the delegates to the Region, which he described as the beauty of the nation with its wonderful groups of people, who had lived together over the years although coming from different ethnic backgrounds.

Apostle Konotey mentioned the Akyems, Krobos, Akuapims, Kwahus, Guans, Ewes and Asantes who are happily co-existing and asked the delegates to learn the example and live peacefully with others to help transform the church, their communities, the nation and the world as a whole.

"This way, the people can put in their best to promote the development of the nation", Apostle Konotey said.

He asked the delegates to take keen interest in the discussions at the meeting to enable them carry out the new policies ideas to be introduced to help them implement them out to their logical and successful implementation.

Other activities for the meeting include presentations by the various Administrative Directors such as Christian Education, Finance, Missions, Pastoral and Evangelism among other heads.