Bill to curb creation of districts 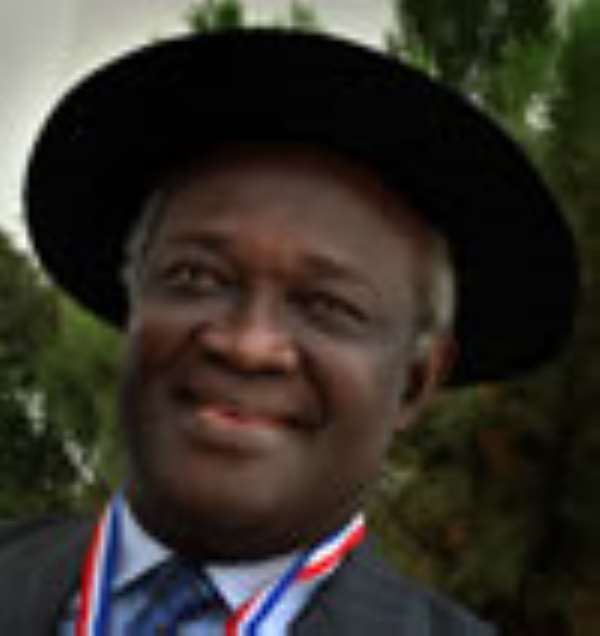 Tamale, March 29, GNA A bill to amongst others curtail the creation of districts after every population census is being finalized.

The draft Consolidated Local Government Bill, which is being championed by the Inter-Ministerial Coordinating Committee on Decentralization (IMCC), seeks to replace the hitherto absolute minimum population thresholds for the creation of districts (75,000 for districts, 95,000 for municipalities and 250,000 for a metropolis) with a formula based on the percentage of total national population.

It also seeks to transfer the power for the creation of districts from the President to the Electoral Commission with the prior approval from Parliament.

Professor Kwamena Ahwoi, a Local Government Expert listed these provisions when he made a presentation on the bill at a Stakeholder Consultative Workshop in Tamale, organized by the IMCC for civil society organizations and non-governmental organizations whose activities bother on decentralization.

The two-day workshop, which opened on Friday, was to afford the IMCC to present the contents of the bill to the stakeholders and solicit their inputs before presenting it to Cabinet for approval and subsequent Parliamentary approval.

He said the bill proposed that presiding members and assembly members be paid emoluments chargeable on the Consolidated Fund to enable them to perform their duties effectively.

He said the bill also proposed that the position of Metropolitan, Municipal and District Chief Executive be elective.

Mrs Estelle Appiah, Member of the Constitutional Review Implementation Committee also made a presentation on the recommendations of the Constitutional Review Committee (CRC), which had received Governments White Paper, saying, the Member of Parliaments (MPs) Common Fund was to be scrapped because apart from it being a bane on the economy, it was not clear how the MPs administered the fund.

Mrs Appiah, however said the Governments White Paper accepted that the MPs Common Fund be replaced with the Constituency Development Fund.

Mr Akwasi Opong-Fosu, Minister of Local Government and Rural Development said the President was committed to accelerating the countrys decentralization process because it was a critical strategy for development.

Alhaji Limuna Mohammed Muniru, Northern Regional Minister expressed hope that when the bill was passed into law, it would enhance the practice and progress of decentralization and local government in the country.

Dr Callistus Mahama, Executive Secretary of IMCC said the IMCC would hold its final consultation with MPs before submitting the bill to Cabinet.

Meanwhile, this bill will be passed into law after the recommendations of the CRC are approved through a referendum and passed by Parliament into law since some of the provisions of the bill are dependent on the outcome of the referendum.

The suspect, whose name was given as Yaw Adjei, was said to have clandestinely pocketed some of the money he realized in the course of selling the tickets given him.

Mr. Akomea Sakyi Boateng, Public Relations Manager of Faisal, confirming the incident to the GNA Sports, said the suspect had been placed in police custody and was helping with investigations.

The match ended 2-1 in favour of King Faisal.
GNA