Turning to Sweden for lessons in renewable energy 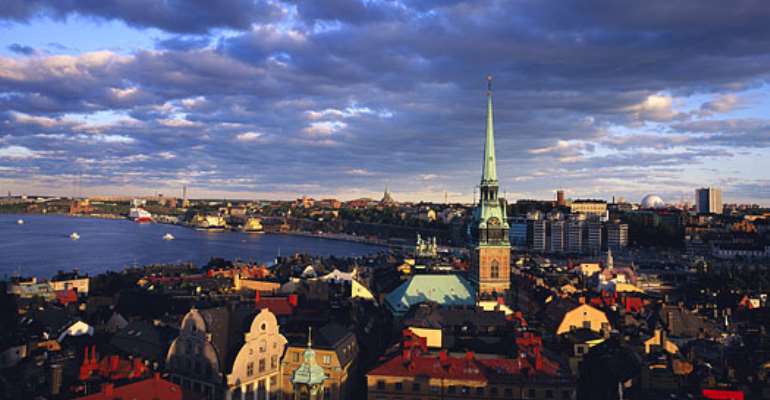 (A GNA feature by A.B. Kafui Kanyi)
Ho, March 31, GNA - The quality of air in Ghanas capital, Accra, remains a great concern to many. The combustion of fossil fuels is on the increase with its accompanying health hazards.

Hospitals in the city are chocked with patients battling cardiovascular, asthma and cancer ailments, largely due to pollutions in the form of nitrogen dioxide and hydrocarbons.

Fuel spills and wear and tear from vehicles, all affect the air quality and pollute surface water, making their treatment difficult.

It has been established that human activities continue to leave carbon dioxide and other global warming emissions in the atmosphere, which trap heat, causing high temperatures and creating significant and harmful impacts on the environment.

This has made energy efficiency not only an environmental issue but also an issue with economic and health implications.

It is in this light that President John Dramani Mahamas resolve to turn to Sweden for renewable energy, a welcome news.

Stockholm, Swedens capital, is an attractive place to live and work in because of its environmental appeal and energy efficiency.

The city is near the countryside and built on water with several parks and gardens. These natural parks and green areas help muffle noise from traffic and other activities with plants acting as filters against air pollution.

At the back of the sustainable use of land and water in that country is its energy efficiency, where the use of renewable energy sources produce little or no harmful emissions.

The biofuels are mainly gotten from the forests and used to produce electricity, heat and as vehicle fuels, with no emissions resulting in cleaner air and water.

All these are anchored on sustainable growth and modern environmental thinking where local authorities of Stockholm promote increase in the proportion of green vehicles, the use of renewable fuels and the use of public transport, bicycles and walking.

Stockholmers are encouraged to walk with the belief that a person who walks five kilometres to work instead of driving in a conventional petrol-driven car reduces carbon dioxide emissions by about 500kg a year.

It is therefore not surprising that the city has very low emissions like four tones of greenhouse gases per resident and was named Europes first Green Capital in 2010 and reduced carbon emissions by 25 per cent per resident since 1990 with very efficient public transport system.

According to the International Panel on Climate Change (IPCC), life-cycle global warming emissions associated with renewable energy are minimal compared with natural gas, which emits between 0.6 and 2 pounds of carbon dioxide equivalent per kilowatt-hour (CO2E/kWh), and coal, which emits between 1.4 and 3.6 pounds of CO2E/kWh.

The IPCC states that wind emits only 0.02 to 0.04 pounds of CO2E/kWh, solar 0.07 to 0.2, geothermal 0.1 to 0.2, and hydroelectric between 0.1 and 0.5. Basically, renewable energy sources, namely wind, solar, and hydroelectric systems generate electricity with no associated air pollution emissions while geothermal and biomass energy systems total air emissions are generally much lower than those of coal and natural gas-fired power plants.

Importance of Renewable Energy:
Energy use is closely linked to public health. Breathing problems, neurological damage, heart attacks, and cancer could be traced to air and water pollution caused by coal and natural gas plants, as against the use of renewable energy found to reduce premature mortality.

A key feature of renewable energy sources is their labour-intensive nature as against fossil fuels, which are mechanized and capital intensive. Renewable energy creates more jobs and stimulates the local economies for accelerated development.

The Energy Information Administration 2013 report indicates that in 2011,wind energy directly employed about 75,000 full time employees in various capacities in the United States.

In 2009, the Union of Concerned Scientists conducted an analysis of the economic benefits of a 25 percent renewable energy standard by 2025 and found that such a policy would create more than three times as many jobs as producing an equivalent amount of electricity from fossil fuelsresulting in a benefit of 202,000 new jobs in 2025.

The World Watch Institute's report Renewables 2005, also states that more than 1.7 million direct jobs were created worldwide from renewable energy manufacturing, operations and maintenance in 2004 with the wind industry creating 45,000 jobs in Germany and 20,000 in the U.K. offshore wind industry.

Lessons for Ghana:
Ghana also stands to enjoy stable energy prices with renewable energy. This is because renewable facilities operate at low cost with less maintenance resulting in stable and cheaper price over time. This would take the country from increasing fuel price hikes, price fluctuations and governments fuel subsidies. Wind and solar sources of energy could also prevent situations where we experience nationwide blackouts due to technical challenges. This is because these energy sources are operated in modular systems with specific individual wind turbines or solar arrays for specific geographical areas. This means that if one system is broken down, others would continue to work to prevent nationwide power outages.

Perhaps, the greatest lesson Ghana could learn from its association with Sweden for renewable energy use is Swedens passion for the environment. That country believes in sustainable development with future generations in mind.

City authorities of Stockholm engage city planners and environmental experts to ensure green ecology with aesthetically appealing environment in the urban landscapes where lakes and waterways play very important roles in recreation and outdoor activities. Our district authorities here in Ghana could try this model and involve developers, environmental officers and planners in preparing development plans to ensure that cities are planned sustainably with strict adherence to environmental laws.

Parks, gardens and peri-urban natural areas, as well as the ecological structure must be incorporated into planning of cities and transportation systems made environmentally friendly taking into consideration the demography of cities. Private companies and enterprises should be made to think and operate environmentally with some incentives for entities showing commitment to the protection of the environment and its sustainability.

The authorities must halt the craze in putting up fuel filling stations on wetlands and cleansed wetlands of pollutants to improve the ecosystem. Again, our authorities must establish links between the amount of waste produced and economic cycle of their variousjurisdictions and focus on minimizing and treating waste. As done in Stockholm, industries and companies which manufacture or import goods should be made to collect and manage waste generated through the use of their goods.

Simply, the Environmental Protection Agency must be visible in our localities and in our homes. Sweden could surely be a good model.

Chiefs and Queen mothers of Nadowli-Kaleo congratulate Alban...
32 minutes ago