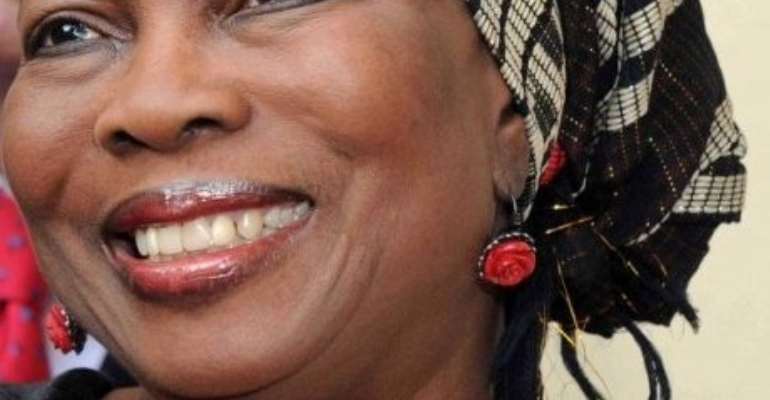 She suggested, for instance, the provision of start-up capital, inputs, and land for the youth who are interested in venturing into agricultural production, as well as the creation of a ready market for the produce.

By so doing we would attract a lot of Ghanaian youth into farming to undertake large scale food production to feed the nation and even export the surplus, she stated.

Mrs Stokes-Hyaford made the call in an interview with the GNA on the sidelines of the 28th Food and Agriculture Organization (FAO) Regional Conference for Africa in Tunis.

Mrs Stokes -Hayford said over the years the older generation of farmers had made farming unattractive even to their own children due to the use of crude implements and archaic methods of land cultivation which did not motivate the younger generation to aspire to farming as an occupation.

If we stick to the old crude ways of agriculture, we wont be able to attract the youth especially the graduates from our universities, she said, adding that farming is a very lucrative venture, through which farmers in countries like Kenya and Zimbabwe had become very prosperous.

She praised President John Dramani Mahama for personally encouraging Ghanaian to patronize made in Ghana goods, saying it was one of the major themes that dominated discussions at FAO meetings. Africans must eat what they produce and reduce their reliance on imported products.

The Ambassador indicated that she was scouting for a company in Italy to invest in the preservation of tomatoes in a community in the Volta Region to reduce post-harvest losses.

It is unacceptable that this community in the Keta District loses about 40-50 per cent of their produce due to the lack post-harvest storage facility, she said.

Touching on family farming, Mrs Stokes-Hayford said the concept was not expanding in Ghana because most farmers did not apply innovative ideas and modern farm implements.

She said the FAO was focusing on family farming because it would ensure food security and prosperity, adding children going to school would not be hungry since there would be sufficient food at home.

The FAO Regional Conference for Africa took place from March 24 to March 28, 2014 in the Tunisian capital. A total, 54 African member countries participated in the conference, 30 of which were represented at ministerial level.

In addtion, Austria, China, the Dominican Republic, France, Italy, India, the Netherlands, Spain, Sweden, Switzerland, the United Kingdom and the United States of America attended the conference as observers.

Delegates discussed issues relating to the current state and of food and agriculture in Africa, bringing the African youth into the food sector, rural development, and the implementation of the Comprehensive Africa Agriculture Development Programme (CAADP) with a special focus on smallholder farmers and family farming.