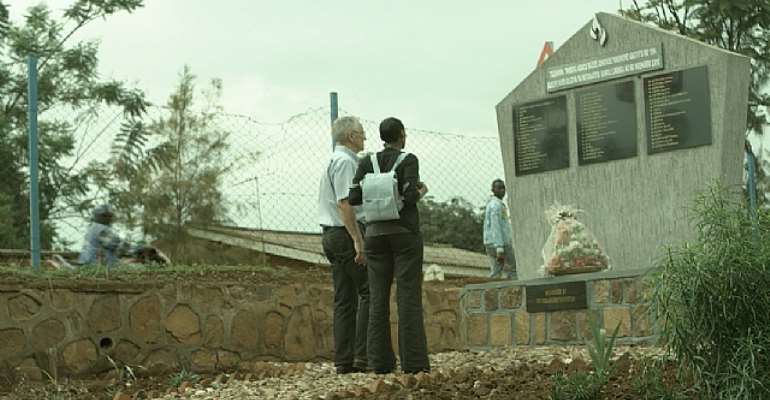 Al Jazeera English is to commemorate the 20th anniversary of the Rwandan genocide with a week-long dedication of coverage. A thoughtful selection of programming, news and online content will highlight the personal, as well as the political, impact for the people of Rwanda.

Al Jazeera correspondents Mohammed Adow and Catherine Soi begin the coverage on 5 April 2014, as the 'Kwibuka' or 'Flame of Hope' arrives at École Technique Officielle Kicukiro school, where thousands of Tutsis were killed after the UN left.

Following this, 6 April 2014 marks 20 years ago when the plane carrying President Juvénal Habyarimana was shot down and the killings began. Al Jazeera talks to the post-war generation and finds out how they perceive their country's history and present day Rwanda.

This includes a personal focus on one of the 20,000 Rwandan teenagers born out of rape during the violence in 1994. "I was raped on three occasions in different locations and by many different people," her mother reveals. "I didn't know who any of them were." Her determination to keep her child, despite persecution, is a common story in current Rwanda.

On 7 April, the official day of mourning, Al Jazeera English will report from the Kigali Memorial, as President Paul Kagame and dignitaries light the national Kwibuka flame, and the Amahoro stadium for the official commemoration.

On 9 April, Al Jazeera's Witness strand takes an in-depth look at the journey to justice for victims of the genocide, specifically in regards to the perpetrators who have fled to France. Justice Seekers follows the story of Dafroza Gauthier, survivor of the Rwandan genocide, and her French husband, Alain, as they fight to bring to justice one of the chief alleged perpetrators. The trial in Paris of Pascal Simbikangwa, who was head of Central Intelligence in Rwanda in 1994, marks a watershed in France's official stance on the genocide. For the Gauthiers, it is the first step to seeing true justice achieved.

Also on 9 April, People and Power takes a critical view of Rwandan President Paul Kagame, one of Africa's most controversial leaders. Award-winning Sierra Leonean journalist Sorious Samura gains exclusive access to Kagame himself, challenging the president to discuss the genocide.

Finally, Al Jazeera Magazine will dedicate two issues to the Rwandan Genocide in April, with in-depth analysis pieces, an interactive timeline detailing the 100 days of genocide, and an interactive exploration of some of the propaganda that fuelled the conflict.

All news and programs coverage will be made available online at www.aljazeera.com.

Broadcast times for People and Power: Kagame below