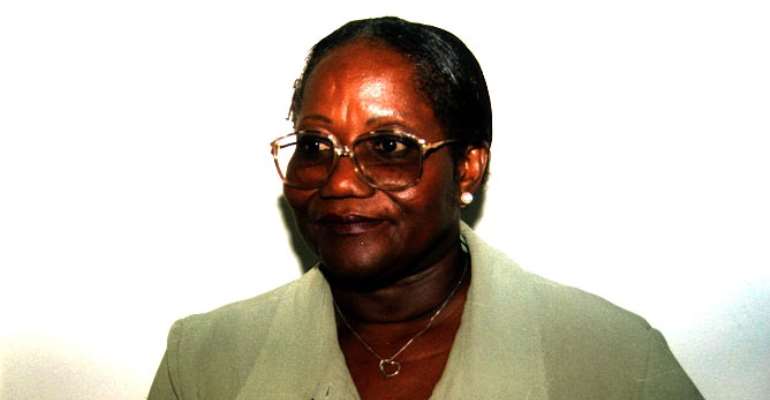 “THE POLITICAL strangulation of the people in Ablekuma South by their absolutist leaders is tantamount to homicide. We need to liberate ourselves from the shackles of oppression at all cost. ” These were the words of the aspiring Parliamentary candidate for Ablekuma South, a human rights activist and a member of Amnesty International Prestigious Partners of Conscience, Mr. Charles Biney.

Mr. Biney, a molecular biologist who, for sometime now has been playing a low key in politics, told The Chronicle in reaction to why he wanted to be involved in politics after all the violence and exploitation he had gone through that, “The flame of struggle will never be extinguished and the dream for a better, prosperous and peaceful Ghana forever lives.”

Promising a new generation, new leadership, new direction and a new era, the aspiring candidate stated among other things that he felt upset over the incident of their MP arresting members of the same party.

Mr. Biney's determination to dethrone the incumbent MP surfaced hours after the opening of nominations for primaries in the constituency. He is expected to pay his nomination fee of ¢11million today.

Two aspirants have decided to bow out of the race to rally behind Mr. Biney in order to ensure Mrs Theresa Tagoe was replaced in Parliament, the paper has gathered.

But Mrs. Tagoe, when contacted, expressed no worry at all over Mr. Biney contesting in the primaries. “I saw a convoy one day at a meeting and heard people saying that he was coming. This is democracy, I am prepared to contest with him and if he thinks he can dethrone me, let him come,” she pointed out.

Biney said it was unfortunate that after the 2000 general elections, the MP had failed to improve on the sanitation and infrastructure facilities in the area.

“I could not hold her responsible for a lot of things that are lacking in our constituency because in 1996, the MP was in opposition, so I did not expect much from her, but now that we are in government, knowing that our constituency is the largest in the city, there should be no excuse that the government would deny her request to improve upon basic infrastructure in the area because this is where we got many votes from,” he added.

Biney, 46, and a human rights advocate, said he could not sit down while the rights of the people were violated, adding that the period of divide and rule tactics employed by the incumbent MP would soon be over when he assumed the parliamentary seat.

He said after analyzing the performance of the MP, he came to the conclusion that the MP could not do much in terms of developing the basic needs of the electorate and only sat in Parliament to enjoy her salary.

Mr. Biney, a believer in social justice, and a holder of master's degree in Molecular Biology from the University of North Texas, Denton in USA in 1987, noted that it was now clear that the MP lost touch with the people at the grassroots levels, following her alleged arrest of party members and purported condoning to rig elections, precisely the district assembly elections in favour of her candidate.

v “At the grassroots levels, her support has been eroded. I am sure that with my track record of altruism and as action man, I would snatch the seat from her and deliver to the satisfaction of the people,” he said, stressing that the time had come for action work and the epidemic of poor drainage that was waiting to explode must be curbed.

Mr. Biney, who was promising to inculcate IT Technology into the people said, when given the nod, he would advocate for exchange programmes from outside so that Ghanaians would benefit the more.

“We shall provide jobs for the people and also teach them how to fish,” indicating his sentiments that, “I have hatred for authoritarianism and because of that I cannot sit down unconcerned when people's human rights are violated. I would stand tall against corruption more especially in my constituency because there are a lot of alleged corruptions going on in the constituency which do not augur well for the party.”

Mr. Biney was once detained as one of NUGS' leaders during anti- government demonstrations organized by Mr. Kwesi Pratt, Akoto Ampaw and others.

The aspiring candidate was one of the leaders of a demonstration against the arrest and trial of Prof. Adu Boahen and Mr. Pratt after the 1992 elections. That demonstration was violently broken up by hired thugs and Mr. Biney reportedly sustained various degrees of injuries.