Fowl thief goes in for 12 months 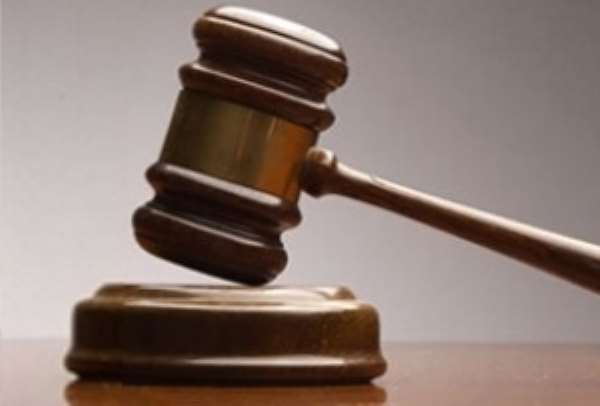 Samuel Narh, a 40-year-old scrap dealer, was sentenced to  12 months' imprisonment  by the Odumase Krobo Circuit Court, presided over by Mr Asmah Akwasi Asiedu, on three counts of being on a premises for unlawful purposes, stealing and possessing stolen property of one Patey Zimmerman.

He pleaded guilty to all the charges and was jailed accordingly.

The prosecutor, ASP Richmond Akwasi Yeboah, told the court that the complainant in the case was a prison officer from Odumase Krobo but stationed at Winneba.

He said on February 1, 2014 the complainant who arrived from his station decided to visit his building project site located behind the Odumase Krobo Presbyterian Cemetery.

On his way, he spotted Narh in an uncompleted building with a sack of fowls.

The complainant became suspicious and approached Narh and asked him where he got the fowls from.

Narh replied that they were his but not convinced, the complainant raised an alarm and with the help of some people around, Narh was arrested and sent together with the fowls to the Odumase Police Station.

The prosecutor said Zimmerman was called in and identified the fowls as his.

During interrogation, Narh told the police that a woman at Somanya Zongo sold the fowls to him but  when she was contacted, she denied any knowledge of the transaction .

The prosecutor said Narh later told the police that he really stole the fowls from different houses behind the Presby cemetery at Odumase Krobo.