Man shot dead in his car at Tema 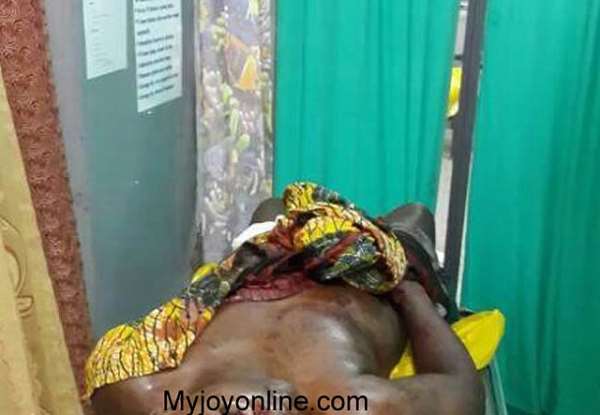 The deceased's wife, Nana Ama Tekyiwaa, who was in the house with the husband when the incident occurred, narrated that the husband was shot in the forehead by some unknown assailant(s) Tuesday night around 10:30pm at their residence at Community Four.

Ama Tekyiwaa narrated that there was lights off in the area and so she was chatting with her husband when the light was switched on. she then asked her husband to go and have his bath so that they could retire to bed but the husband decided to go out and park his car properly.

She said some few minutes after her husband left the room, she heard a gunshot outside so she decided to go out only to see her husband shot dead in his car.

She said the assailants after shooting the husband, fled the scene on motorbikes.

According to the brother of the deceased, Francis Akandoh, the police have conveyed the body of the deceased to the Tema General Hospital morgue for autopsy, pending police investigations.

Adom FM's Tema Regional reporter, Isabella Gidiglo visited the scene at dawn and reported that the incident has created fear and panic among the residents in the area.

Some of them confirmed to Adom News that they have decided not to go out in the evenings for fear of been murdered and vowed to vent their spleen on anybody, who is seen riding motorbike in the area after 6pm.

The Director General of Criminal Investigation Department (CID) of the Ghana Police, Commissioner of Police (COP), Prosper Agblor, who confirmed the incident to Adom News say the police is yet to make any arrest in connection with the murder.

He noted that the police have commenced investigations into the matter to establish what led to the shooting of the business man.

COP Agblor, who led a team of police personnel from Accra to the scene said the police have tightened its daily patrols and security in the area to protect the lives of the residents.

Meanwhile, the Member of Parliament (MP) for Tema Central, Kofi Brako has called for a ban on the use of motor cycles after 8pm.

He explained that it will help reduce increasing case of stealing, assault and murder in the metropolis.

There have been several other killings including the murders of the 32 year old Stanbic worker, Rosemond Nyampong, 36-year-old immigration officer, Kofi Quist Defor and Music Producer, Fenec Okyere.

Mr. Brako has therefore appealed to the police to beef up security in the area.

But the Assemblyman for Republic Road Electoral area in Tema Community 4, Samuel Osei Boateng says the security agencies must do its best to arrest the perpetrators of this crime.

He pleaded with the police to mount a tent in the area to monitor the activities of such armed robbers, who terrorize residents in the area.

He noted that the Tema Metropolitan Assembly must provide street lights in the area to prevent such occurrences.

I haven’t said NPP is Majority in Parliament – Bagbin clarif...
2 minutes ago