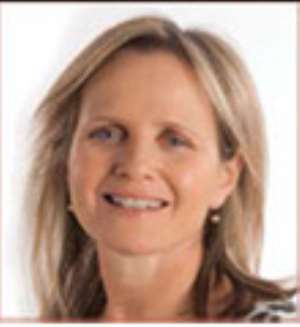 Is there a cure for HIV? The success stories of Timothy Brown and the two Boston patients, who rid themselves of the HIV cells through bone marrow transplants, led to hopes that a cure had finally been found. This was further boosted by the fact that the transplants received by them were diametrically different; Brown a transplant with cells that were resistant to HIV and the Boston patients with non-resistant cells. They remained virus-free for months after stopping treatment. However, in December last year, the virus recurred in both the Boston patients.

“While I am excited that research has progressed tremendously, the search for an HIV cure has still a long way to go. But the good thing is that it is possible,” said Professor Sharon Lewin, local co-chair of XX International AIDS Conference (AIDS 2014). Lewin is also the Director of Infectious Diseases at The Alfred Hospital and Monash University in Melbourne.

She said that the antiretroviral treatment (ART) was probably one of the greatest success stories in the last century. “It has had a huge impact on people's lives. It has changed a universal death sentence to a lifelong chronic manageable disease. If they start treatment at the right time, life expectancy is normal for people living with HIV,” she said to Citizen News Service (CNS).

So does the success of ART mean the end of AIDS is possible? Lewin believes that AIDS-related illnesses may no longer be a threat for patients who continue with ART and have lifelong access to it. But a big challenge was ensuring treatment was universally accessible. “Treatment saves and prolongs life. A big advantage is that it reduces their infectiousness by 96 per cent. So more the people who are on treatment means greater the reduction of HIV transmission,” said Lewin.

But why was it that the rate of HIV prevalence among women had not declined despite the overall decline of the infection in Asia and the Pacific? “Women continue to be vulnerable for several reasons including low education and high amount of gender violence,” said Lewin. Stigma and discrimination was also one of the biggest barriers to testing and seeking treatment.

So, the challenge was reaching out to all the people, especially key populations contended Lewis. Testing was as important as ensuring drugs were available. “In Australia, we saw no decline because we didn't test enough. We have to destigmatise testing. It should be as easy as testing blood pressure,” she said.

For Asia, the unique challenge is the diversity of the epidemic. According to Lewin, while in some countries, it was predominantly in injecting drug users, in others it was in men who had sex with men (MSM) or commercial sex workers. More often than not, these groups were marginalised and didn't have access to good healthcare services, she said.

Hopefully, the International AIDS conference to be held in Melbourne in July this year will find responses to these challenges.

Akufo-Addo has the shortest convoy in our history — Pius Had...
2 hours ago