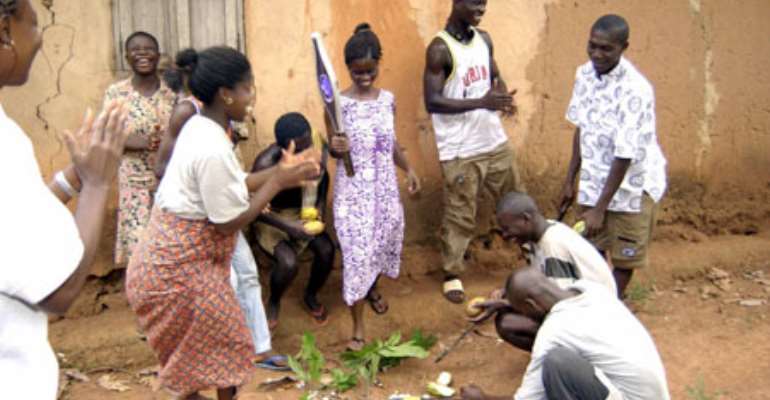 SOME FARMERS in the Fanteakwa district who wanted to supply the Ayensu Starch Factory with raw cassava to become shareholders, are having their hopes dashed.

This is because most of their several hundred acres of cassava farms have been destroyed by Fulani herdsmen who set bush fires indiscriminately in the area, burning down their farms as well as destroying their water bodies.

With this, most of the farmers have harvested their cassava from several acres of land, processed them into gari, cassava flour and local starch for sale instead of allowing them to be destroyed by the Fulani herdsmen.

These became evident when this reporter toured the hinterland of the district, which is mainly occupied by farmers who cultivate maize, cassava, plantain, yam, cocoyam and other foodstuffs on large scale.

At Akumersu, where 32 sub-chiefs out of 52 representing the farming communities meet, a farmer, Wisdom Tsewaa, noted that they paid about ¢1.5 million every year to stool lands administration as rent.

Meanwhile, the produce, which will fetch them the money to pay the rent, are being destroyed by the Fulani herdsmen in the area. According to him, most of the herds belonged to some chiefs in the area so they had remained quiet over the issue.

He challenged the administrator of stool lands to come out and tell them what they were doing to settle the matter for all to live in peace and harmony.

"If we are all complaining of rural - urban drift and the government has come out with farming initiatives but Fulani herdsmen will not allow us to take advantage, then we will move to Accra to choke the city," he posited.

Wisdom Tsewaa, challenged that farming was the only solution to the country's economic problem such as unemployment, low income, shortage of food and water, therefore, urged the youth to go into farming and stop complaining of "no job, no job."

But he made it clear that if farming activities would be taken up by the youth, then the government should act quickly to resolve the impasse between farmers and Fulani herdsmen in farming communities.

Meanwhile, The Chronicle has learnt that the situation is currently being handled peacefully by the security agencies.