From Independence To Present: A Practical View Of Ghana 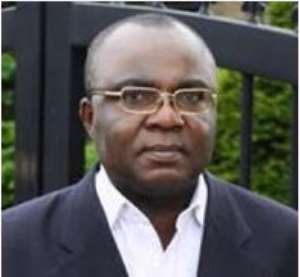 Independence Day anniversary celebrations in Ghana have usually been characterized by debate and analysis about the state of the nation Ghana from independence to date. Often the occasion is characterized by what one may call “Ghana bashing” in which only the negatives in Ghana are highlighted for discussion and analysis. However a proper and accurate review of Ghana since independence should be balanced and offer solutions for the way forward.

Often the debate of the state of Ghana since independence has been high jacked by politicians who see the discussions only in the narrow perspective of whether Dr. Kwame Nkrumah the country's first post independence president, was good or bad for the country. Those who are pro-Nkrumah see it as an opportunity to catalogue policies and institutions established by Nkrumah and his ideologies as the best prescription for national development. Whereas those who are anti-Nkrumah point to the politics of exclusion and lack of political freedoms that was prevalent under Nkrumah as some of the darkest moments of Ghana's political history and development.

Indeed one can say that the seeds of destructive politics were planted from the Nkrumah era and have manifested itself in post independence Ghana till today. Destructive politics have been the bane of Ghana from independence till today and continues to foster polarization of Ghanaian society to the detriment of the country. In this regard, our political elite see nothing right with the country when their political opponents are in power and sometimes go to the extent of fostering division in the country as a means to the attainment of political power. In this regard a sense of patriotism and nationalism is relegated to the background in order to create a feeling of doom and gloom about Ghana among the people for political advantage.

This strategy has been employed by all sides of the political divide since independence and mother Ghana has been victim of the unpatriotic machinations of Ghana's political elite to the detriment of the society at large.

Some of the consequences of destructive politics in Ghana since independence are as follows:

• Indiscipline and lack of civic responsibility among large sections of the people.

• A destructive media landscape characterized by immorality and political intolerance.

• Ethnicism instigated for political advantage as a means to political power.

•State institutional failure to a large extent as evidenced in the collapse of the state institutions founded on good vision, especially during the Nkrumah regime.

• Lack of patriotism, nationalism and a high sense of pride in the Ghanaian identity.

• Corruption which has been prevalent in Ghana from independence till today and has bedeviled all governments.

• Revenge motivated political policies. For instance most state institutions established by Nkrumah during his era had to be made to fail after his overthrow in order to justify the negative perceptions that had been created about his government by his political opponents. Of course one can also argue that other causes for the failure of these state institutions exist besides political vendetta and need to be investigated for confidence to be restored in any policy of revisiting state funded business institutions in Ghana going forward. In this regard, a recent case of the near failure of the Ayensu Starch Factory established by the Kuffour Government requires investigations to establish the true causes of the failure of this good state sponsored business venture. Is it a case of our lack of managerial excellence in manufacturing in Ghana from policy planning to implementation?

On the positive side, Ghana has made noteworthy strides as a country since independence if a dispassionate analysis of post independence Ghana is to be made. On a practical level, one can confidently say that the majority of structures and infrastructure that one sees around Ghana today do not date back beyond 1957. Indeed one would be hard pressed to point to many structures of significance in Ghana today that are in excess of 100 years. However the same cannot be said of most countries in Europe, America and Asia where civilization and physical structures in excess of 500 years are common place. The Brooklyn Bridge in New York for instance is 130 years old. It is worth nothing therefore that it is these foundations that these countries and societies have built on to get to the level that they are today.

What were the foundations for development in Ghana as at independence in 1957? Not much. Against this background therefore one can say that Ghana has made a lot of progress since independence to the level that we are today. However, our lack of historical knowledge is resulting in us constantly putting down this beautiful country. It is true for instance that the level of electricity coverage in Ghana at independence was nowhere near the 72% coverage that it is today. Likewise our level of education today is much higher than it has ever been at any point our history. Indeed it is at such a point that our proud Nigerian brothers and sisters find it prestigious to educate their children in schools and tertiary institutions in Ghana today as opposed to looking down on our educational institutions as they used to do in times past.

Other positive points about post independence Ghana are the existence of national cohesion and tolerance at most levels of social interactions that exist among Ghanaians. This situation has eluded a number of African countries and led to wars among them with drastic consequences. The foundation that was laid by Nkrumah in emphasizing unity among Ghanaians is not worthy in this context.

The stable democratic political environment that exists in Ghana is also a source of inspiration to most countries and should serve as a source of national pride among Ghanaians. This is against the back drop of periods of political friction during periods of coup d'états and military dictatorships that the country experienced.

The moderate economic development and progress that the country has experienced since independence that has resulted in the country's transition unto middle income status, should also serve as a basis of encouragement for Ghanaians to work harder at exceeding the level that has been attained.

The pockets of positive developments that can be sited in Ghana by dispassionate and objective analysts of post independence Ghana should therefore be highlighted to serve as a source of encouragement to our youth especially in order to galvanize them into action to take advantage of opportunities for progress that exist in Ghana. In this regard, one has to admire the spirit of Nigerians who in the face adversities such as frequent Boko Haram attacks do not spare a minute to trumpet the positives about their country at the least oppotunity. This is a virtue that we Ghanaians need to emulate from Nigerians as opposed to the constant gloom and doom posture that some in our political class and media fraternity have been drumming up daily in Ghana.

It is about time we stop glamourizing Ghanaian politicians and media operators and sections of the elite whose sole agenda is to put down this dear country of ours at the slightest opportunity, and offer no hope to our teeming youth who need to be encouraged and inspired for the betterment of the nation.

We should by all means criticize and point out failings in our society but those who preach doom and only have an eye for the negatives in our society and are ready even when unsolicited to destroy the image of Ghana should never be our heroes.

Every country on earth has positives and negatives about it. However, generally most countries try to paint a positive image of themselves to serve to inspire and motivate their people for the betterment of their respective countries.

Let's challenge ourselves to look around our country more closely and we will realize that not all about this beautiful God blessed country called Ghana is bad. Yes, there are problems in Ghana which means that there are opportunities in solutions to these problems which should be explored by all ambitious well meaning Ghanaians. Trumpeting only our problems daily for political mileage should not form the basis of our political discourse as has been the case since independence. We should emphasize problems solving politics going forward in order to attain political goodwill and integrity in the people. 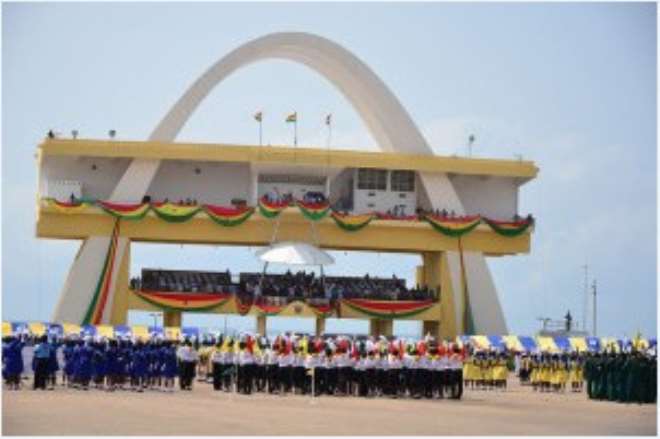 There're Indications Some Of The Kuwait Deportees Have Teste...
4 hours ago