Open Secret On Bribes: “They Always Give Us Envelopes” -- Hon. Ken Agyapong 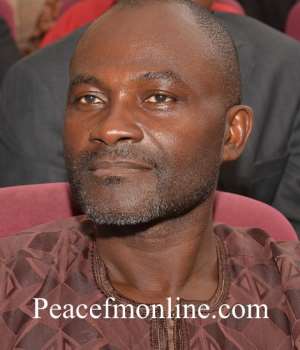 Outspoken New Patriotic Party (NPP) Member of Parliament (MP) for Assin-Central, Kennedy Ohene Agyapong, has admitted that Parliamentarians do receive some monetary reward from individuals and organisations after deliberations in the House at committee level.

The NPP MP said he strongly backs the Nadowli/Kaleo MP, Hon. Alban S.K. Bagbin's claim that some Parliamentarians do take bribes. He called on Mr. Bagbin to boldly stand by his assertions that MPs are bribed by individuals and organisations on the floor of Parliament to articulate their views, so the 'evil' practice can be halted in the August House.

“Bagbin should be bold enough so that there will be changes in parliament….as for envelopes, they always give it to us (MPs). Just after meetings in parliament, they will give you envelope for your time spent. I think parliament can stop that,” he said.

The NPP firebrand however added that “I have not openly seen anyone receiving bribe but I don't like how some MPs are calling on Hon. Bagbin to come and substantiate his claims. I am just waiting for Bagbin to justify his assertions and some of us will even add more allegations.”

Hon Alban Bagbin's admission at the weekend that 'some' MPs take bribe has raised quite a storm since the news went viral, with colleague MPs calling on him to substantiate his claims.

Speaking on Adom FM, Thursday, Ken Agyepong also ascribed the 'parliament corruption' to bad management of the economy, stressing that some MPs are forced to take bribe because of the harsh economic hardship.