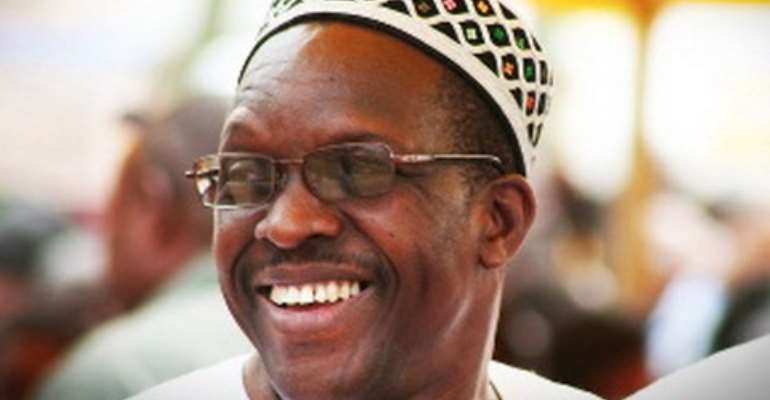 I Am not kidding, the allegation of bribery leveled against undisclosed Members of Parliament by Hon. Alban Bagbin Member of Parliament of nadowli/kaleo is serious. It has created a dark cloud on the dignified house. Indeed all the 275 members of the house including the speaker and the leadership are not sure about what Alban Bagbin means by bribery in parliament and who and who are involved.

As far as I am concerned Mr. Alban Bagbin has a herculean task of providing concrete evidence on what he means by bribery in parliament. However since the issue cropped up Mr. Bagbin has indicated that there are evidence to show that some MPs take bribes to push the agenda of civil society groups and governments.

According to him, the practice had persisted due to the lack of laid-down rules and ethics for lobbying in the country. If this is what he is saying then what is the basis for his allegation. Is Mr. Bagbin basing his assertion on the allegation by Mr. Appiah Ofori former MP for Odoben Brakwa that some members of parliament were given bribes to approve the Vodafone sale agreement during Kufuor's regime?

Is he also basing his allegation on the belief that some MP's were bribed in the sale of Merchant Bank to Fortis group? If Mr. Bagbin says the questions asked are in the affirmative then he would have a lot to do in proving his points because both Appiah Ofori and those involved in the deals would find it difficult to provide evidence to support his bribery allegation. As a lawyer he must know that he would require documentary evidence and for the parties to agree to give supporting evidence in these cases.

The Minority leader Mr. Kyei Mensah Bonsu, who seems doubtful about the allegation Mr. Bagbin made has however admonished Mr. Bagbin to provide evidence to back his allegations or withdraw his statement. Many people sympathetic to Mr. Bagbin seem to agree that he must withdraw the allegations to safeguard the reputation of the august house and his colleague parliamentarians.

Whichever way the matter goes, whether or not Mr. Bagbin maintains his stand withdraws the allegation against Ghana's parliament, the reputation of parliament has been dented. The august body requires to work together to salvage their image. They can do so by justifying the extra payments such as per diems they receive from donors and civil society groups for organizing or participating in meetings and fora after receiving their salaries and allowances. Currently we are told that parliament is under resourced to the extent that they lack stationary and other facilities to undertake their assignments. We need to know whether the delay in providing MPs statutory funding for development projects under the MPs common fund is also to blame for the financial problems being faced by parliamentarians.

Members' of the public who vote MPs to parliament are not happy with the allegation made by Mr. Alban Bagbin. The dented image of Ghana's parliament would not only dampen their spirit but would go a long way to affect Ghana's image as a democratic nation. The earlier we find solution to this problem the better. The leadership of parliament must do something about this issue brought about by one of the long serving MPs in Ghana, If not we all as a nation stand to lose.