Who Is The Father Of Phillip & John ? 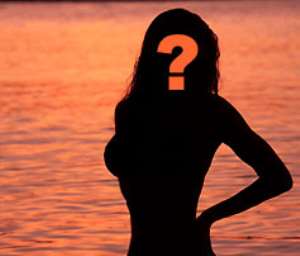 Roughly nine months ago, a certain foreign lady who was in the country as a consultant to the Ministry of Finance and worked directly with the Minister of Finance, Mr. Yaw Osafo Maafo delivered twin baby boys. The boys were subsequently christened Phillip and John Kufuor, but to date, the full parentage of the children remains something of a mystery. As the saying goes, it is only the mother of a child (in this care, the two children) who knows who the father of the child can be. The lady, we understand has been burning up the telephone lines from her international base trying to get the father of Phillip and John Kufuor to live up to his responsibilities and acknowledge the children. But the father is shying away like crazy, because a public acknowledgment will bring him to public ridicule and opprobrium and possibly bring him toppling to the earth. The foreign lady, who will have none of this, at one time called a particularly well-known journalist in town to complain about her problem. Amazingly, our intelligence source revealed this powerful journalist has been sitting tight on the story because of his closeness to the father of the helpless twins. Even more amazingly, anytime the lady calls the journalist, she is called back by people close to the purported father and recorded versions of the conversation with the journalist played back to her prove to her that she cannot achieve any thing by working with the local press. But things get rapidly worse. The purported father of helpless John and Phillip is a respectably married member of the community. When his wife got win of this alleged perfidy on the part of her husband, she decided to dump the marriage of many years. At this point, some of the most well known religious leaders in our community were importuned to go to the wronged wife to plead that she stays in the marriage. Our intelligence information suggest that since then these powerful men (supposedly) of God have quietly sat on the scandal and scrupulously avoided doing what another ma of God in times past did for King David. But if you thought things can't get worse, then hang around. Further intelligence information available to this newspaper suggest that every effort is being made to get a brother to the children's purported father to step forward and admit to the parentage of little Phillip and John, all in effort to save the father of the babies, who is the occupant of a rather sensitive position. Although the Searchlight has confirmed through channels the identity of little John and Phillip's father, we have decided not make the claim till Father himself comes forward to admit his acts.. If not, well!

No Appointee Will Buy State Vehicles, Others Under Me – Maha...
5 hours ago