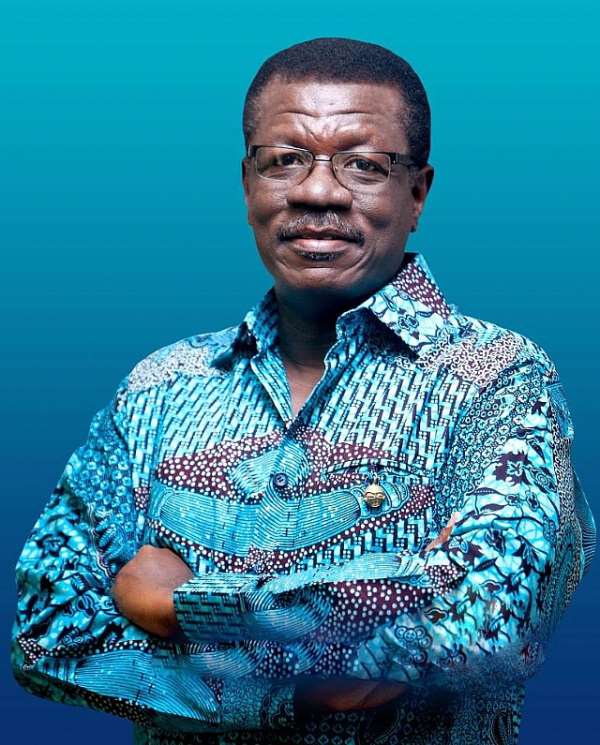 I just read a Ghanaweb posting quoting Dr. Mensa Otabil as advocating for the church to allow women to bring mini-skirts to church. I just got so alarmed that I decided immediately that I have no hope of ever going to heaven. That is it. You guys can take the lead.

To be honest with you, I love Dr. Mensa Otabil sincerely. Hey, he is just a Pastor when others with little education and intelligence are Right Reverends, Arch Bishops, Prophets, Redeemers Odifo etc. Secondly, my brother-in-law is in charge of his church at Agona Swedru. Thirdly, he sometimes speak “sense” even if it is tainted with a little political biases toward the NPP as most members of the Christian Council are and he spells his Mensa without an ending “h”.

Don't blame me. I am in a season of Ghanaian patriotism. My senior brother Kofi Annan just finish his two terms as the Secretary General of the United Nations Organization, a position that qualified him to be called the “President” of the world. Another senior brother Cardinal Turkson just missed being the Pope by a whisker. I mean the Pope. Furthermore, Ghana was declared the most democratic country in the democratic Armageddon called Africa and was rewarded with the first visit of President Obama to Africa, the Black Stars reached the quarter final of the World Cup, an African women joined the world's parade of billionaires, and NPP lost its flimsy court case against the 2012 general elections, and the Black Stars are better than the Green Eagles of Nigeria and hope it remains so forever.

But my happiness and euphoria has been shattered by the pronouncement that the great Pastor Mensa Otabil has advocated for allowing women to wear “miniskirts” to church because he does not want to be “judgmental” of such women. Wow! This is freedom at its highest apogee. You are confused with apogee? I learnt it from Apam Secondary School and I have always craved for an opportunity to use it. But to be not like Ahoofe, I want to explain that it means the highest level.

“Let them come with their short skirts”, Dr. Otabil urged the Church, “and let the Holy Spirit begin to work on them”. Jesus! Pastor Doctor Otabil, do you really mean “mini-skirts” as we the ordinary people know it? What is “mini”? Small, short? And how small can you go? I have travelled around Ghana and the world and mini can be really really mini depending on how the woman understands it. There are a whole lot of mini pants, swim suits and summer dresses for sun bathing. Don't get me wrong, I love them all and I allow my wife and children to express themselves the way they want, to suit their comfort based on the weather conditions. I am not a fundamentalist Muslim, neither are most Ghanaians to warrant the wearing of burqa and niqab, but the open nakedness called miniskirt are worn for a purpose – being naked. There is a place for it but I don't think that includes the church.

I do not know about you but I am a sinner and a certified hell goer. My biggest problem is women and all the beautiful ones we have on our streets. I have already gotten two divorces and a number of children from wedlock. I know what you are saying but hold on, I am trying and doing my best to be a good Christian. My biggest problem is the “rod” God put between my legs. So many people tell me it is in my mind. That “a cutlass is harmless and does not on its own harm anybody. It only becomes a murder tool when people use it for harmful purposes. So the problem is in my mind”. I understand that, my only problem is that my dick does not behave like a cutlass. Cutlasses don't get up and start all kind of trouble when people pass by but my dick always wakes up when it sees beautiful women. Unfortunately, I did not make it that way. It was made for me by the Man upstairs in heaven. I have done my best and everything possible to train it, control it and tame it. But I have a confession, I have just failed to succeed in calming it down.

Pastor, I am a scientist and a modestly good one. I published about 5 scientific papers last year alone and even these few months of 2014, I already have one paper published and three more in review. I am good at subjecting a problem to scientific analysis. I have come to realize that my biggest problem with my lack of success with my dick is the creature called women. I have come to the conclusion that the reason why I have not succeeded so far is because the creatures created by God called women are the greatest motivation for my dick. They are solely and singularly responsible for why it behaves the way it does and the cause of all my problems in my miserable life. Anytime I venture out, I see a whole lot of them that encourage it. Pastor, I am serious.

Recently, I came to the conclusion that I am NOT going to be one of the people who are going to inherit the Kingdom of God. I don't want to embarrass the apostles and angels because I seriously don't know how my dick will behave in the presence of Mary Magdalene, Esther and particularly Mary the mother of Jesus. I will rather stay here at Teshie.

But despite all my problems, I still prefer to go to church instead of Kwame Nkrumah Circle and Abrantie's spot. I like my church's Women Fellowship because of the way the women sing and dress. I like the way my elder preaches about modesty and our cultural way of life. I pay my tithe and collections with the hope that I will convince God not to make my “hell” as bad as my pastor says. The church has become the recluse from my “penisal” misery.

So for you a man of God to advocate for miniskirts in the church is such a blow to me. I thought the church has code of ethics about dressing and behaviors. Have you seriously thought about the abuse of such dressing practices? Already there are Ghanaian pastors who are testing the virginity of women with their fingers and the Catholic Church nearly collapsed because of sexual abuses. If these can happen to the ordained “Men of God” how about me?

You are quoted as saying that ”Christians must not be judgmental of such people but rather welcome them into the Church and allow the Holy Spirit to work on them”. Really! The last time I read my bible, I was told that the main reason why we were cast away from Eden was because we could not resist the whispers of the woman Eve. That was few hours after God created the woman for us and we were virtually in the presence of God and the Holy Spirit. Hey, a women was the downfall of Samson, a man who was so strong that God led him to win a war by beating the enemy soldiers with the jaw bone of an animal. If we could not resist these temptations even when we were in the presence of God, how do you expect us to do that during all-night vigil and Easter Sunday in Kwashiaman?

You are also quoted as saying that “Evangelizing is not just crusades”. To be honest, this is where you are more knowledgeable than me. I did not know any difference between the two. I thought a crusade was for us to set our tent and loud speakers at one place for people to come to listen to us and evangelism is when we go and talked to them quietly in their homes. In all these two situations, women don't come to church in miniskirts. So what is the difference and what are you talking about?

Pastor, we have ethics and code of conducts in our society and in our worship of God. It is said that we are supposed to train the child in the ways of God and when they grow they will not depart from it. I hope you know where you are going with this advocacy. Note that the scripture says “THY SHALL NOT TEMPT THE LORD THY GOD” Even the people who were with Jesus all his time on earth could not withstand temptations. Peter the leader of the disciples betrayed him the day he was crucified. I don't know if my dick will go that far.

You are not responsible only to bring in new converts but to maintain old converts. If you want more members of the congregation, we can give you that by impregnating more of the women in miniskirt in the church. It is your choice. Ajax Bukana once said this “My friend don't kill me, I am on my way to Awudome”.