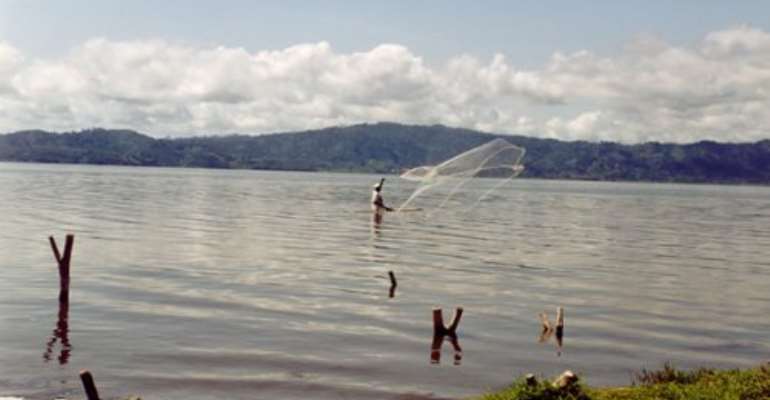 The Ministry of Fisheries is considering the possibility of introducing a catch quota system whereby individual vessels or companies would be given a maximum quantity to catch from Ghanaian waters in a year.

This and others are some of the precautionary measures adopted to control the number of vessels in order to bring sanity into the fishing industry, Edward Martey Akita, Minister of State in charge of Fisheries said on Tuesday at Tema.

He was opening a three-day seminar of inaugural lectures on the state of marine environment and fishery resources in Ghana, which had the theme: "Providing appropriate data and information for effective fisheries management in Ghana".

He said the Ministry would continue to control the number of vessels in the country.

In order that the sea is not depleted, Akita entreated fishermen and fishing companies to stop fishing for a considerable period during the lean season by which time rejuvenation of the fishes had taken place so that they would have more catch next time.

He said other fishing countries had adopted this practice and achieved better results.

Touching on the ban on "lighting fishing", the Minister condemned the continued adoption of light attraction system by some fishermen and said the ministry would not hesitate to deal with anyone caught using the light for fishing.

He said the Food and Agricultural Organisation (FAO) introduced the system on experimental basis years ago but a temporary ban was placed on the lighting fishing because the canoe fishermen complained about it.

Last week, fishermen operating along the Accra-Tema coast threatened to attack fishermen who operated "light fishing" in the Ghanaian territorial waters if the government did not take any action to stop it.

Dr K. A. Koranteng, Acting Deputy Director of Fisheries said the fishing industry is faced with many problems including the usage of light to attract fish, aggregating devices in the tuna fishery, types of unauthorised fishing gear and the operation of pair trawlers in the territorial waters.

"The consequences of all these is declining catches and a distressed industry", he stated, saying that the seminar would attempt to discuss these and other issues and find the way forward.

The participants were made up of district/regional directors, development officers for Fisheries and scientists from other institutions in Ghana.