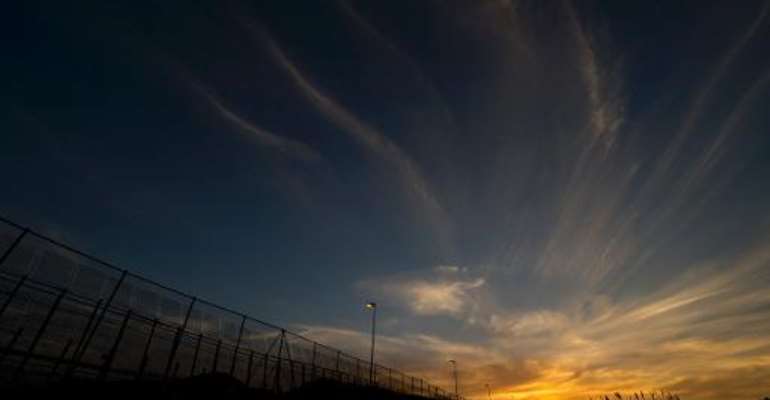 A picture taken on October 17, 2013 shows the border fence between Spain and Morocco, in Melilla. By Pierre-Philippe Marcou (AFP/File)

At least 14 migrants drowned in Moroccan waters on February 6 while trying to swim to the Spanish territory of Ceuta, raising an outcry at the civil guards who police Spain's side of the border.

Ceuta, along with Melilla, another Spanish territory bordering northern Morocco, has the European Union's only land frontiers with Africa.

"The Civil Guard has prohibited its agents from using rubber bullets to ward off attempts by immigrants to cross the borders of Ceuta and Melilla," an interior ministry spokesman said on Tuesday.

It was the latest in a series of mass attempts by African migrants to cross the triple barbed-wire border fence in the hope of reaching Europe.

Some 500 migrants stormed the fence on Monday and about 100 made it over in what an official described as a "very violent" assault that left 27 people injured.

Spanish authorities last year put barbed wire on top of the barrier as a deterrent, drawing criticism from rights groups.

Chieftaincy conflict in Yong-Dakpemyili leaves man with two ...
37 minutes ago