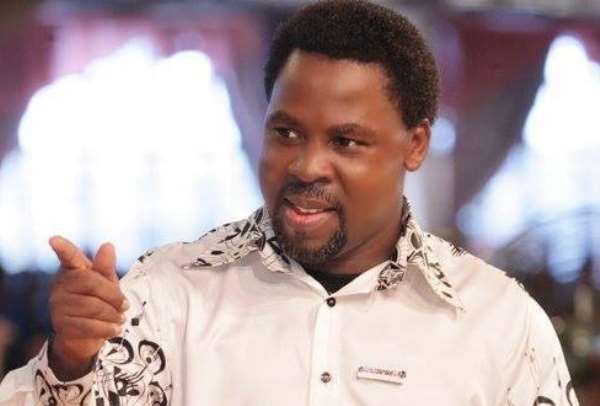 Survival was a daily struggle for Lucky Susa, a young man from Delta State, Nigeria. Pushing a local trolley around the busy Mile 12 Market in the heart of Lagos, he scavenged an occasional N100 or N200 by assisting market customers to transport their items to the nearest bus stop. With these stipends, he barely managed to feed and fend for himself. As dawn broke on the morning of December 9th 2008, Lucky arose from slumber and headed for the market as usual. Little did he know that an event was about to transpire that would forever change his life.

“I brought two bags of rice and beans to the bus stop,” he reminisced. “Across the tarmac, there were some people gathering. I crossed over to look at what was happening.” The sight that Lucky beheld was heart-breaking. An elderly lady lying in a pool of her own blood. “I began to shout that people should help this woman. They told me, 'The car that hit this woman has already run off. Don't you know this is Lagos?' ” Moved at the despicable sight and angered by the hardheartedness of the gathering crowd, he decided to take action.

“I felt for the woman and said I should save her life. I took the money I had suffered to work for and manage with my family to take a taxi and rush her to a clinic at Ojota.”However, her condition was beyond recovery. On reaching the hospital, the woman gave up. Instead of being lauded for his life-saving efforts, the unthinkable opposite happened for the 'wheel-barrow pusher'. “The doctor called the police and they arrested me. I was charged with her murder and sent straight to prison.”

Five and a half years later, Lucky was still languishing in the Maximum Security Prison in Ikoyi for a crime he never committed. Transferred to a cell where only armed robbers and murderers were incarcerated, he knew his day of judgement was nigh. “One man came to visit the prisoners on Friday. I explained myself to the man that I had not stolen or killed anyone and asked him to keep me in prayer.” The man took off a small bracelet he had on his hand and gave it to Lucky to hold. “The man said that the bracelet in this hand was from T.B. Joshua and that I should pray with it.”

Lucky had never been to The Synagogue, Church Of All Nations but he grabbed onto the bracelet in desperate faith. “I prayed, 'God of T.B. Joshua, if You are really alive and You really work, please remove me from this problem because I am innocent.' ” Thereafter, a truly remarkable chain of events was triggered. “That night, when I slept, T.B. Joshua appeared to me in the dream. He told me, 'My son – the tears you have cried, God has seen them – you are innocent. Continue doing good to others; don't stop just because you suffered. You will be released tomorrow.' ”

Just after 3pm the following day, Lucky's name was called out by the prison wardens. “They brought me to the gate, told me I didn't have a case to answer and released me!” Lucky walked out of the prison gates, a free man! Begging a lady for money, he was given N150 which he used to transport himself to The SCOAN. Looking bedraggled and tattered with the clothing he had on in prison, Lucky tried to enter the church on Sunday 23rd February 2014 but was directed to return for the prayer line as his appearance matched that of a lunatic. Tears began flowing.

“One man called me and asked why I was crying. I explained my story to him and he asked me to follow him. He gave me soap, told me not to cry and took me to the bathroom to take a shower. After I bathed, the same man came and brought me new trousers, a new shirt and shoes. He gave me N500 to keep in my pocket in case I wanted to buy anything.”

Upon entering The SCOAN, Lucky's case was brought to the attention of T.B. Joshua. Visibly moved at his story and the compassionate gesture of the 'Good Samaritan', he asked Lucky if he could still identify the man. Minutes later, Lucky returned with the gentleman, remarkably revealed to be one of the security men in The SCOAN by the name of Chuks.

Addressing the congregation, T.B. Joshua said the selfless efforts of the security man were a great lesson to everyone, stating that people should never stop doing good to others. “When many look back at their experiences in doing good, they have said they will never do good again. Nothing can separate me from doing good! Continue doing good until then, when you see light at the end of the tunnel,” he said.

When asked why he had gone to such lengths to help Lucky, the security man stated, “Man of God, we need to follow your footsteps,” citing T.B. Joshua's humanitarian activities as his inspiration. To the astonishment of the congregation, T.B. Joshua proceeded to announce that N5,000,000 ($30,000) would be given to the security man to encourage him in his charitable endeavours.

He said this was just the beginning of a new initiative to support people who are selflessly engaging in works of charity worldwide. “If you are into charity, what can we do to support you? I can be visiting you all over the world when you want to launch these charities – giving scholarships to deserving children, supporting the widows and helping the needy all over the world. Rescue them; go all the way to help mankind.”

Counselling Lucky, T.B. Joshua continued, “Don't stop doing good because God is aware. What you passed through was as it should be by Divine will. If God is aware of your challenges, they will not destroy you but prepare you. I was pushing a trolley in the past in the same market he's talking about. It was in the midst of all of this that the Lord took me to the place where He could use me.”

As a cheque with the huge amount was presented to Mr Chuks, the impromptu millionaire could barely withhold his tears. “I never expected this today; I was discharging my duty as I normally do. I will continue to help the less privileged.”

READERS, WHAT HAVE YOU DONE TO HELP YOUR FELLOW NEIGHBOUR TODAY? RIGHT NOW, YOU CAN START BY SHARING/ SENDING THIS TOUCHING STORY TO AT LEAST 20 PEOPLE.