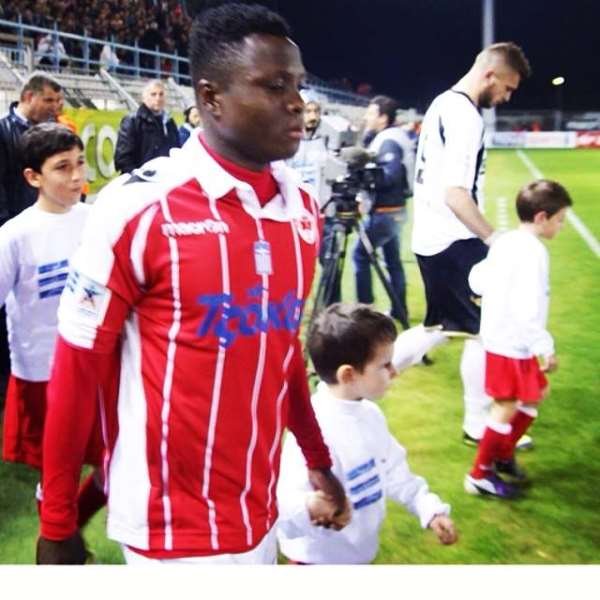 By Ameenu Shardow, follow on Twitter @alooameenu
Ghana defender Samuel Inkoom says he is not getting overly flattered by reported interest from clubs in France and England.

The 24-year-old who is currently on loan at Greek club FC Platanias has been linked with a summer move to Olympique Lyon and West Ham United.

Inkoom's club career has been boosted since joining the Greek club in January following extended spells on the sidelines at Dnipro due to a breakdown in relations with manager Juande Ramos.

Agent of the Black Stars full back has revealed several interest in the services of his client but the ex Basel man says he is not getting carried away with his immediate focus on improving his form at Platanias.

“I am aware of the numerous [transfer] speculations, but I must confess that I am not getting carried away with all those stories,” Inkoom told 90 Minutes.

“It feels good to know about the interest shown by other clubs, but at the moment the most important thing is to maintain the good momentum I have here (Platanias) and see what happens during the summer break.”