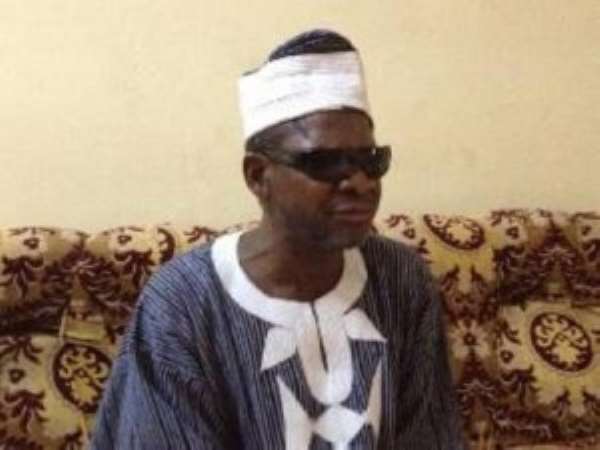 Madam Agnes Kusi has, however, denied the allegation saying she had nothing to do with the chieftaincy issues in the town.

But at a press conference organized in Sunyani by the members of the Traditional Council and the three royal leaders, including the Queen of Nsoatre Traditional area, Nana Asuama Kesse Ababio, the DCE was accused of ill-advising the Brong-Ahafo Regional Minister, Paul Evans Aidoo, to support the rival faction to destool (remove from office) the paramount chief of Nsoatre.

Nana Kwadwo Dwaa, Abuom Adehyepanin of Nsoatre who led the group explained that the purported destoolment of Nana Obrempong Boachie Amoah Konomansa by some three disgruntled sub-chiefs – Akwamuhene, Ankobeahene and Krontihene was uncustomary and frivolous, but because of   the influence of the DCE and the Regional Minister, they were given full police protection.

They claim that the DCE, Agnes Kusi, was fighting for the father who belongs to the Twabiri Royal gate, to become the chief of Nsoatre. The Twabiri is the only 'rebel gate' among the four Royal Gates including, Nsesereso, Abuom and Kusiase.

According to Nana Kwadwo Dwaa, the Paramount chief of Nsoatre, Nana Prof. Boachie Amoah Konomansa, cannot be destooled by the three sub-chiefs without the consent of the sub-chiefs or the nine kingmakers.

Again, they claim that the charges preferred against Nana Prof. Boachie Amoah Konomansa must be registered at the Regional House of Chiefs' Judicial Committee, and the Omanhene must be tried and proved guilty before customary rites can be performed to destool him.

Nana Kwadwo Dwaa emphasized that the claim that he (chief) had not been gazetted and that   there is no Omanhene at Nsoatre was incorrect.   'Even though Nana Prof. Boachie Amaoh has not been gazette, he can perform all customary rites except representing 'Nananom' at the Regional House of chiefs. He is the chief, the rightful occupant of the Nsoatre Hinneh Anfranfo Palace,' he said.

The Queen of Nsoatre, Nana Asuama Kesse Ababio vehemently denied knowledge about the destoolment of the Omanhene, saying the sub-chiefs who purportedly did that were confused and trying to foment chaos.

She affirmed her support for Nana Prof. Obrempong Boachie Amoah and called on the people of Nsoatre to remain calm and resolute in ensuring peace and development.