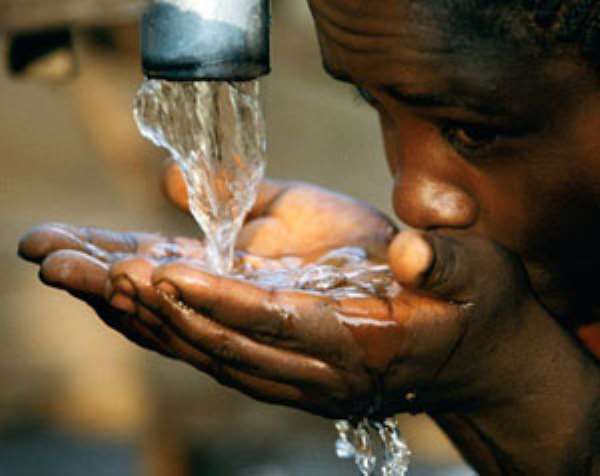 The Executive Director of the Consumer Protection Agency, Kofi Kapito, has lashed out at officials of the Ghana Water Company, accusing them of mismanagement.

According to him, officials of the Ghana Water Company failed to plan for this emergency situation that has caused the acute water shortage. He cited some commercial entities tapping from the main source of water as worsening the situation and said mangers should have efficiently managed this.

His comment follows the acute water shortage that has hit parts of Accra.

Speaking on the Super Morning Show, Thursday, Mr. Kapito said “if you don't know how to manage even your house, it will be in trouble; period.    Man-made problems even can be solved; even natural disasters, sometimes you take precautions so that it will not happen again.'

“If you go to Kpong and you see the water; it's interesting… if other countries in the world had Kpong water source… it's the water that needs least treatment…technically you can drink Kpong water directly from the river…” He added.

“But because of people who for some time now have made it worse…why have we allowed people to tap into the main source?…if you have the big companies tapping into the main source, pressure will automatically reduce before it gets to your house…if it was planned properly, everybody will have their share.”

Communications Manager at the Ghana Water Company, Nana Yaw Barnie confirmed to Joy News that the acute water shortage is a result of a burst pipeline leading to the shutdown of the Weija Treatment Plant.

He explained the water has to flow with pressure and after the pipeline has been emptied for five days, it will take “a little bit of time” for water to go through the main distribution line and supply lines to consumers.

Mr. Barnie will not give a definite time when every consumer would receive water, but said some consumers will have water flowing through their taps in due time