2 Prudential Bank officials in court for defrauding Singaporean bank of $611,649 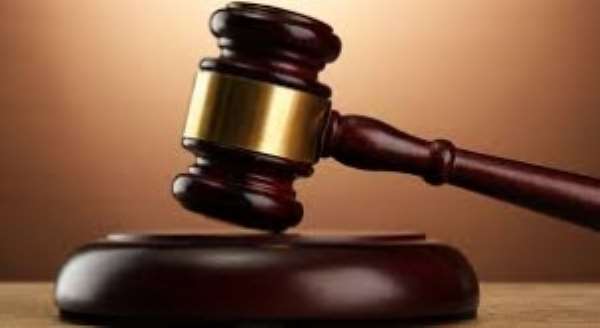 Two top officials of Prudential Bank Limited and an Indian businessman have been arraigned before the Accra Circuit Court for allegedly defrauding the United Overseas Bank, Singapore to the tune of $611,649.

They are the Manager and Head of the Foreign Operations Department, Patrick Osei Boakye, and the officer in charge of Inward Bills for Collection Documents, Nana Dua Awere Osei, both of Prudential Bank, and the Managing Director of Carsons Export PVT Limited, Sridhar Kandru.

The accused persons pleaded not guilty and have been granted bail by the court, presided over by Mr Francis Obiri, in the sum of GH¢500,000, with four sureties to be justified. Facts of the case

Prosecuting, Deputy Superintendent of Police (DSP) A. Dery said Kandru was an Indian businessman living at Tesano in Accra, Managing Director of Carson in Exports PVT Limited and customer of the Tesano Branch of Prudential Bank.

He said Boakye and Osei were employees of Prudential Bank stationed at the bank's head office, with Boakye working with Osei in the same department as the schedule officer responsible for “Inward Bills of Collection Documents”.

He neither paid nor made any deposit for the goods.

The supplying companies, however, shipped the goods in seven different consignments to Kandru in Ghana.

The documents were forwarded by the banks to Prudential Bank Limited under an international trade term known as 'Document against payment', which meant that the recipient should pay the value of the goods before receiving the documents and Prudential Bank was responsible for remitting the payment to the suppliers' bankers.

Kandru was required to maintain sufficient funds in his account equivalent to the value of the goods imported.

He would then apply to the Tesano Branch of Prudential Bank where he had an account and transfer the money to the suppliers for the release of the documents to enable Kandru to take delivery of the goods.

Contrary to that procedure, on or about October 9, 2012, Kandru went to Prudential Bank Head Office and entered into a fraudulent agreement with Boakye and Osei for the release of document number PBL 2012/575 without paying or maintaining sufficient funds to pay the suppliers.

Kandru used the documents to sell the goods — Turkey Brand cooking oil worth $64,872 — on the high seas and kept the proceeds.

He did not pay the proceeds into his Prudential Bank account and from that time ceased to operate the account.

On six other occasions, Boakye and Osei fraudulently released documents on goods valued at $611,649.60 to Kandru.

Kandru used the documents to sell all the goods on the high seas, some of which were sent to Onitsha in Nigeria, Niamey in Niger, Tema and Kumasi in Ghana.

He received payment for all the goods but he neither paid the suppliers nor deposited the money with Prudential Bank to be remitted to the suppliers' bankers.

Boakye and Osei concealed the fraud and never disclosed it to any other officer of the bank.

In August 2013, while Boakye was away from office, the management of Prudential Bank received payment demand notices from suppliers' bankers in respect of the goods shipped to the accused.

It was then detected that Boakye and Osei had connived with Kandru and released the documents to Kandru which enabled the goods to be sold.

The proceeds were also not paid into the account at the bank, which had become liable to pay $611,649.60.

Upon a complaint made to the police, the three accused persons were arrested.

They admitted agreeing together to remove the six documents which enabled the first accused to sell the goods without paying anything for them.

Investigations revealed that the first accused had depleted his account with Prudential Bank and no longer saved with the bank.

Covid-19: Some recovered victims having erectile dysfunction...
6 minutes ago