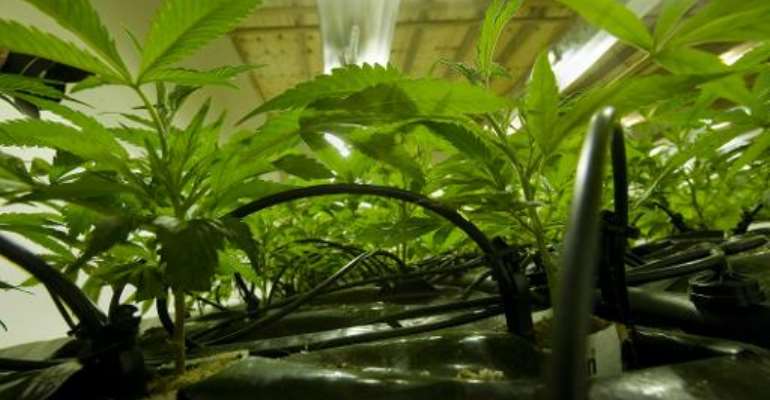 Cape Town (AFP) - A South African opposition lawmaker battling terminal cancer made an impassioned plea Thursday for marijuana to be legalised for medical use as he submitted a bill to parliament.

The draft legislation put forward by Mario Oriani-Ambrosini, who was diagnosed with inoperable lung cancer last year, seeks to decriminalise cannabis for medical use.

"The prohibition on the use of medical marijuana and other forms of cannabis is so irrational, so un-South African," Oriani-Ambrosini, an Italian-born lawyer, told journalists.

The bill aims to legalise cannabis which grows easily in South Africa, shield doctors from legal action for administering it as treatment without having being cleared by clinical trial, and to set up pilot cancer treatment centres.

"This bill wants to remove the problems created by the law, creating a space where doctors can follow the dictates of their professional experiences in cases where there is nothing else better to be given," said Oriani-Ambrosini.

President Jacob Zuma said he had asked the health minister to look into the issue.

"I was touched to see the man I've known and worked with for more than 20 years in this condition," Zuma told lawmakers.

A user of THC (tetrahydrocannabinol) oil extracted from cannabis, Oriani-Ambrosini also argued that South Africa could become a destination for medical travel for treatments not allowed elsewhere.

Having shunned chemotherapy after his diagnosis, he credits alternative treatments such as using bicarbonate of soda and cannabis with extending his life expectancy.

Oriani-Ambrosini is a member of the Zulu-dominated Inkatha Freedom Party which waged a bitter rivalry against the now ruling African National Congress before the fall of apartheid in 1994.

He was advisor to IFP leader Mangosuthu Buthelezi and was involved in the drawing up of the country's democratic Constitution.