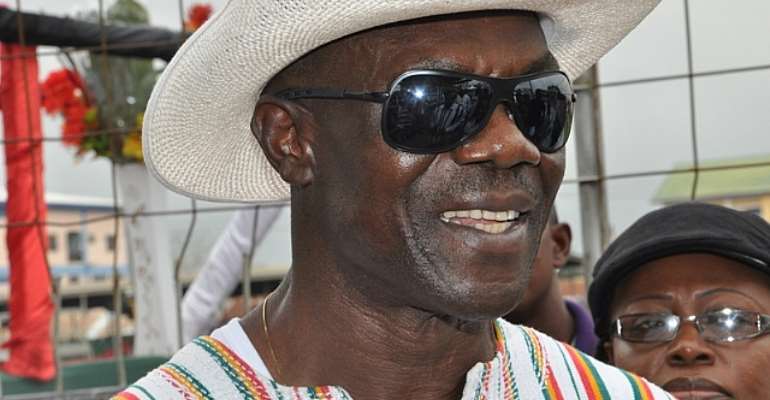 Controversy will continue to dog the issue of whether Ghana's premier tertiary institution, the University of Ghana, Legon, should toll its roads and whether National Security has the right to demolish the toll booth that was being erected to collect money from motorists that ply the institution's roads.

So much noise has been made over the two issues that, sound reasoning has been lost in the babel of voices that have spoken to the extent that the tangential matters are now the norm.

I have listened and watched this drama from the sidelines and as a responsible citizen, I must also let my voice be heard having listened to all the parties in the fray.

The university, as we all know, is a state institution that was established by an act of parliament many decades ago. Although, with the passage of time, it has been granted semi-autonomy which allows it to take certain actions without recourse to government; it is still accountable to the state. That is why it is important that we subject every action and inaction of the institution to public debate.

Aside the legal argument, which is already in court for determination, what moral authority does the university have in tolling its roads?

How can you burden students and many who are part of the university with paying tolls to access lectures and work?

The argument that the university needs to defray the cost of a loan it contracted through tolling its road is very empty. It smacks of institutional ineptitude and professional anomie.

Couldn't there have been an alternative for the university to secure an agreement with its numerous partners and corporate organizations to sponsor the road project in exchange for branding and street naming opportunities?

How about the university securing an agreement with urban roads to create a diversion to divert non-essential traffic away from the university? It is all about thinking outside the box.

Renowned universities with global acclaim in other countries only occupy a fraction of the land size of the University of Ghana, but their output far exceeds anything that Legon produces. We are simply intellectually lazy. We possess vast resources but have no clue how to generate useful outcomes. Our professors are stuck with 19th century ideas, and with outmoded formats on university administration and can only think of perks and petty campus politics. The ill mannerism and lack of verbal articulation on basic issues by the university authority is quite nauseating to say the least.

Year in, year out, the university prints thousands of admission forms and sells to prospective students. Only a fraction of the applicants gain access with majority being rejected.

No refund is ever made to these students who could not gain admission which brings up the question: where does the money go? What does the university use the money for especially in these days when the application form is online and the applicant bears the cost of printing, yet still pays hundred of cedis for it?

Now, the university wants to tell Ghanaians that it is cash strapped and therefore must resort to tolling its roads because it secured a loan which it must pay back with money collected from motorists who include students, teachers, its workers and others who for one reason or the other had to use the road.

What beats my imagination is that the university still depends on the state for subvention and times without number we have heard of lecturers and workers making financial demands on government and the state has always made good these demands.

The University of Ghana is not the only state owned tertiary institution yet we hardly hear of the others making such claims as to their independence and therefore resort to do things their own way.

Talk of University of Cape Coast, KNUST, and many others. What if we wake tomorrow with the news that Korle Bu Teaching Hospital has taken a cue from this “madness,” and has also decided that every vehicle including ambulances entering its premises with patients must pay a toll?

The belligerence of the university authorities must be tackled alongside government's own failure in calling some of these institutions to order. Truth must be told; the state has left Legon to its devices for so long that the institution is beginning to believe it is not answerable to the state, and this can be seen in the way the current vice chancellor has handled the issue of tolling of the campus roads. He has rebuffed the vigilant and patriotic Ghanaian media which have made attempts to hear the university's side of the issue especially in the wake of the demolition of the toll booth.

Does the state extend the same courtesies to the other universities? Are the individuals in charge of these semi-autonomous state institutions not answerable to the taxpayers anymore?

The authorities at Legon are not above the state and therefore cannot do what they think is right by them and ignore the citizens' wishes and demands.

I am not amused by the university's posturing because as a center for the training of our manpower it must be more creative when it needs funds for its internal use. More or less, it is behaving like the state: if it wants more money to meet developmental goals, it resorts to raising taxes. The university should device new ways of improving on its internally generated funds. The tolling is just not on.

The University of Ghana seems to be failing us. It must take up the challenge to lead this country in revolutionary thinking in line with modern trends not the same archaic methods that have failed. The authorities at Legon must sit up; they can do better than what we have seen so far.