By Simon Martelli and Hicham Rafih 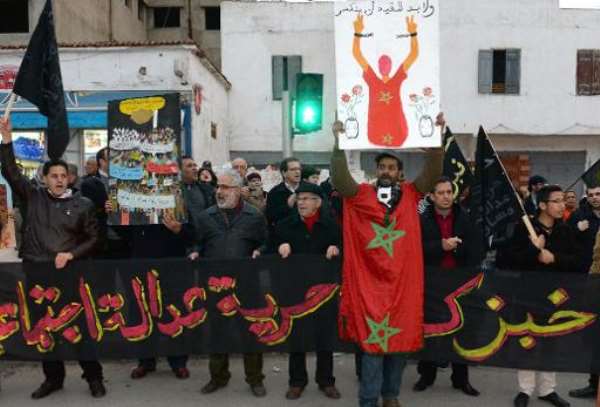 The movement that once brought tens of thousands onto the streets of main cities now musters just a few dozen activists to call for democratic reforms or denounce the high cost of living.

"It does seem that as a movement, the February 20 movement hasn't gone anywhere, its demonstrations have ended, it hasn't drafted the same level of support ... that it initially attracted in early 2011," said analyst Issandr Amrani of the International Crisis Group (ICG).

Since the protest group was born, many in Morocco have watched warily as uprisings that swept away decades-old dictatorships in other North African countries, notably in Libya and Egypt, gave way to violence and political upheaval.

"That moment in early 2011 of euphoria across the Arab world is gone, and for now it appears that however unsatisfied they may be with the results a lot of Moroccans would rather not rock the boat," said Amrani.

One young activist not afraid to do so is rapper Lhaqed, an outspoken voice of the February 20 movement who still rails against the system, despite being jailed for a year in 2012 for defaming the police in his songs.

"The authorities are determined to prevent politically engaged artists from expressing themselves," the rapper, whose real name is Mouad Belghouat, told AFP last week, after the launch of his new album "Waloo" (Nothing) in Casablanca was blocked by the police.

"The only change after February 20 is that the citizens today talk openly about other things, they protest in the slums, whole neighbourhoods take to the streets," he said.

"But as for those who rule the country, there's been no change at all in my view. We have no independent judiciary, no free press, corruption remains rife and the country's money is stolen," the rapper added.

Hamza Mahfoud, a young journalist who was among the original February 20 coordinators, admits the experience in other Arab Spring countries, from the army's takeover in Egypt to the rise of radical Islamists in Syria, has been a "big problem" for the movement, discouraging many in Morocco from pressing for change.

But he insists change has taken place within Moroccan society.

"Even if it's not enough, the movement prompted the regime to introduce a new constitution," he said.

In response to the mass protests in 2011, the king introduced a new constitution designed to curb his near-absolute powers and held snap polls in November that year that saw the moderate Islamist Party of Justice and Development elected for the first time.

"More importantly ... (the experience) taught the people to take to the streets and to speak freely," Mahfoud added.

He pointed to the public response to the royal pardon granted to a Spanish paedophile last summer, an erroneous decision that was hastily revoked after tens of thousands took to the streets.

Veteran human rights activist Khadija Ryadi said the election of a political party that had never been in power before, and had campaigned to battle corruption, brought real hope among Moroccans that their demands would be met.

It also undermined the February 20 movement's support, together with the suppression of protests and the arrest and imprisonment of scores of activists.

"That doesn't mean the movement's role is over. Personally I consider it the only hope in the absence of a political force capable of articulating the demands and needs of the people," she said.

Islamist Prime Minister Abdelilah Benkirane has often quipped that his government's reform programme is partly responsible for the fact that thousands no longer march in the streets calling for change.

But the ICG's Amrani argues that, on the contrary, Benkirane appears a lot more tame than when he came to power, notably in what he has achieved on key issues like corruption and judicial reform.

"There is a danger in the disappointment that many Moroccans feel with the quality of their government," he warned.

"The system is still one where the palace matters a lot, where things can get made or unmade, and the government has not really been given a free hand."