Libya to give legal recognition to uprising rape victims 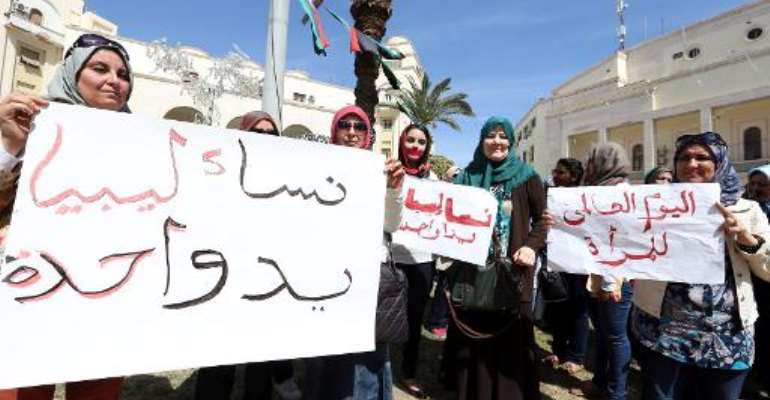 Libyan women gather during the celebration of International Women's Day in Tripoli on March 9, 2013. By Mahmud Turkia (AFP/File)

It adopted a decree that "protects victims of rape during the war of liberation and recognises them as victims of war," Justice Minister Salah al-Marghani said.

Under the decree, those women will be able to benefit from financial, medical, housing and education assistance.

The decree will now be sent to the General National Congress, the country's highest political authority, for passage into law.

The Kadhafi regime was accused of using rape as a weapon during the uprising.

Souhayr Belhassan, honorary chairwoman of the International Federation of Human Rights, said "this law has been awaited by thousands of women in Libya" and said it would urge passage of the law.

There are no reliable figures on the number of cases involved because rape is a taboo subject in Libya, and victims are hesitant to talk.